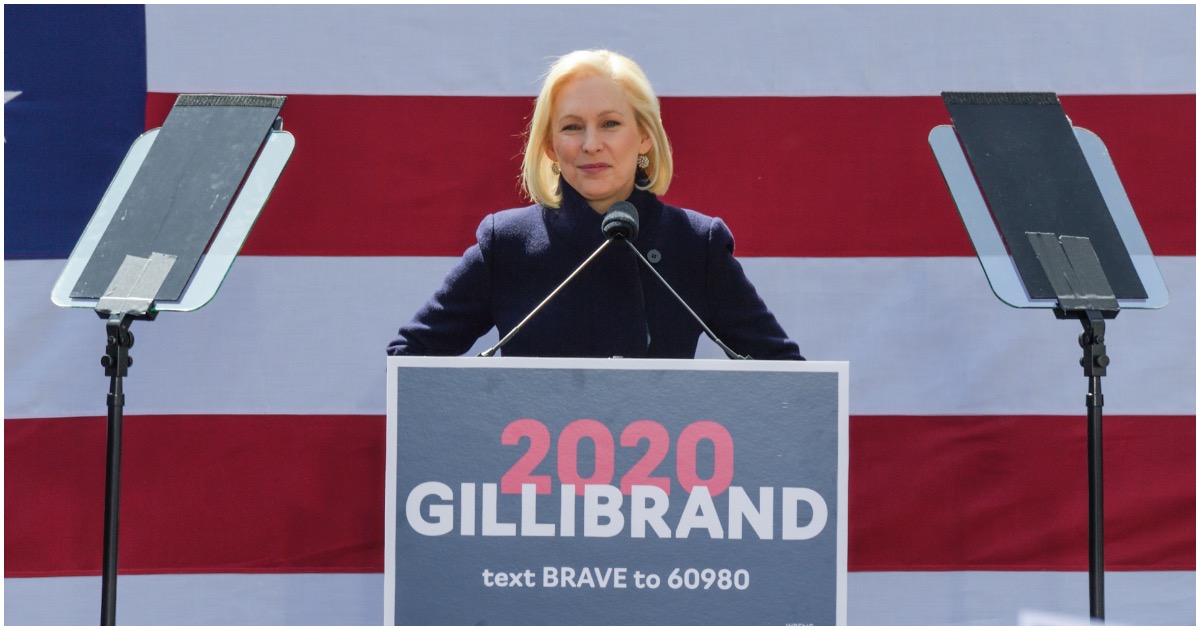 There are 19 million Democrats running for president.

In order to stand out from the far-left field, one must say something equal to or crazier than one’s opponents.

The morning after her packed event in Davenport, I follow Gillibrand south to Muscatine—she is on a Mississippi River tour, visiting some of the Iowa counties that flipped from Obama to Trump in 2016—and she seeks me out to make sure I’ll be at her official campaign kickoff that coming Sunday, outside of the Trump International Hotel & Tower in New York. “We’re gonna punch Trump in the face!” she tells me, smiling broadly, literally jumping up and down. “It’s the New York way!” Then she hops in her car to race to her next event.

So inciting violence against someone is ok if you’re on the left like Joan & the senator.

She's going to get someone killed with that rhetoric lol

Why is @SenGillibrand inciting violence? So reckless….

Back in 2000, fellow 2020 contender Cory Booker (NJ) said something very interesting about guns.

Either he’s never heard of the Second Amendment or doesn’t care about the United States Constitution.

Both of those things can be true.

The 2020 Democratic presidential candidate made the comments during a July 2000 appearance on CSPAN’s “Washington Journal.” At the time, he was a member of the Newark, New Jersey Municipal Council.

When asked if he would “ban guns,” Booker replied: “I am very much one that is against handguns. And I know, in my urban environment, I see little to no need for guns at all, and I think that the availability of guns and the ease with which even young people can get their hands on them is just horrendous, and I would, if I had the power to do so, I would. In fact, we’re even looking towards making, doing some local level handgun legislation. I’m going to take every step I can to get guns of the hands of those who commit crimes or those who might commit crimes.”