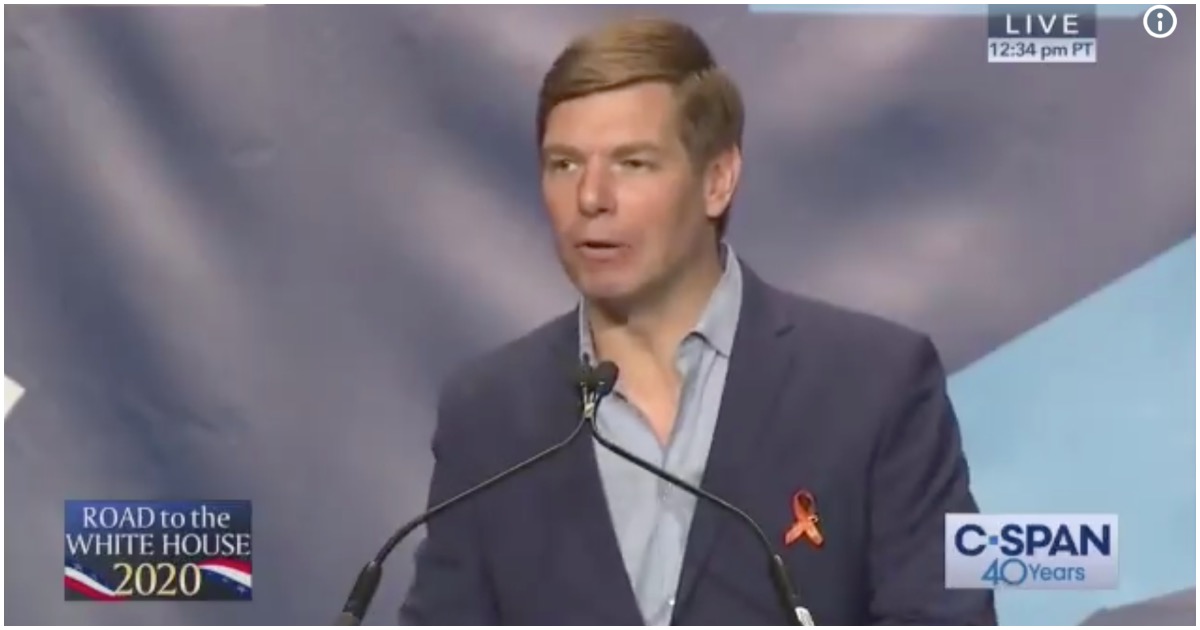 When his 2020 presidential campaign inevitably comes to a screeching halt, Rep. Eric Swalwell should have no problem securing a standing gig at “The Comedy Store.”

That doesn’t mean he’ll get laughs, no, but the dude is absolutely hilarious.

Democratic presidential candidate Rep. Eric Swalwell (D-CA) had an awkward moment in Cedar Rapids on Sunday at the Iowa Democratic Party’s Hall of Fame event when he appeared to expect applause from the audience and didn’t get one.

Democrat presidential candidate Eric Swalwell: “I will be bold without the bull”

Swalwell pauses, appearing to expect applause from the audience

Not only is Swalwell radically far-left and anti-gun, but literally has no clue what he’s talking about on most occasions.

Former Rep. Trey Gowdy (SC) recently appeared on Fox News with Martha MacCallum to let every American know that Swalwell “scare the ever living hell out of you.”

He noted, “President Eric Swalwell, that ought to scare the ever-living Hell out of you, Martha.”

According to TSA, Americans Need ID to Fly But Undocumented Immigrants DON’T (Details)

Beto Goes On Live TV, Says If I Become POTUS I Will Prosecute President Trump (Watch)