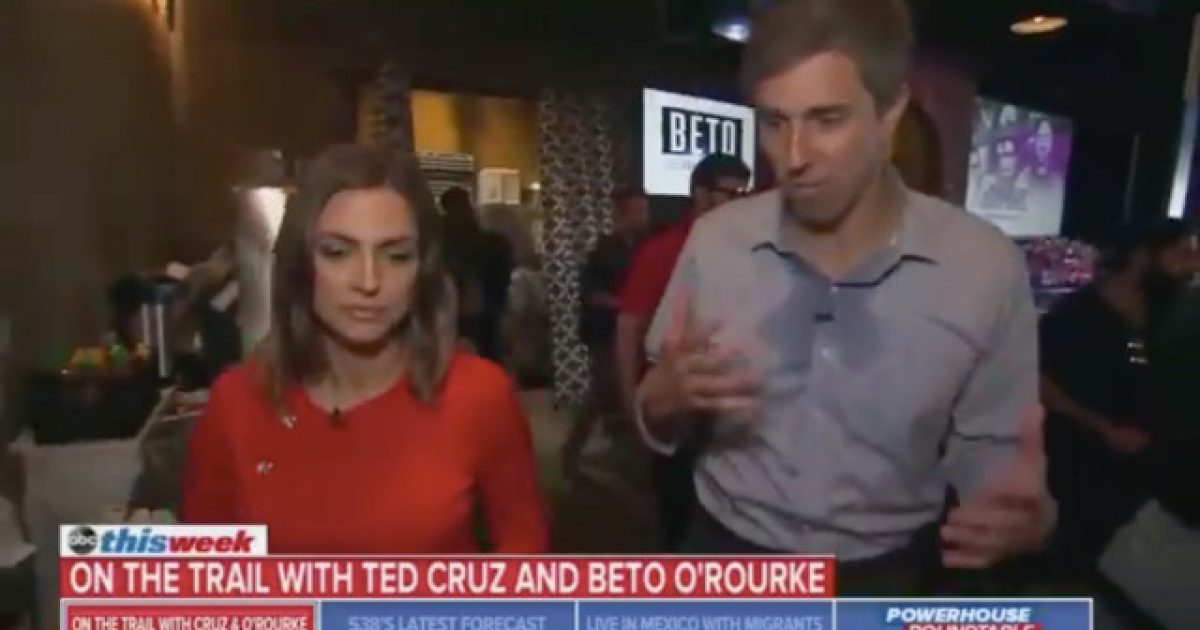 Paula Faris, a political reporter for ABC News was recently tasked with sitting down and interviewing Sen. Ted Cruz’s Democratic challenger, Beto O’Rourke, but instead, ended up fawning relentlessly over the man, referring to him as a “rock star.”

The interview was recorded several days before it’s actual air date on the “This Week” program, while Beto was hitting the campaign trail in an attempt to close the gap between himself and Cruz.

Video: In recorded piece aired on Sunday’s #ThisWeek, gushing ABC News reporter @PaulaFaris exclaimed of @BetoORourke as she walked with him through cheering supporters: “You’re a rock star! No, you really are!” pic.twitter.com/0rqwRrtxhe

“You’re a rock star. … You really are,” Faris cries as she and O’Rourke attempt to walk through a throng of supporters, adding that Beto couldn’t “go ten feet” without having to stop for a handshake or a photo opportunity.

Faris then claims, in a voice-over, that “O’Rourke, a three-term congressman, has captured the nation’s attention as well. Hauling in a record $38 million in donations last quarter.”

O’Rourke has slipped seven points behind Cruz after his less than stellar debate performance, and while he may have raised $38 million, he’s spent a mind-blowing 77 percent of that, leaving very little for a future campaign. He’s also decided not to share the wealth with other Democratic candidates.

Faris went on to ask O’Rourke for his response to President Trump calling him a lightweight.

“I don’t know that it makes any sense to respond. I think the kind of bitterness and name-calling and partisanship that has unfortunately defined so much of the national conversation, you can add more to it or you can stay focused on the future and why you did this in the first place. That’s what we’ve chosen to do,” O’Rourke said (though he did follow up on the interview by calling Cruz, “Lyin’ Ted” in the debate).