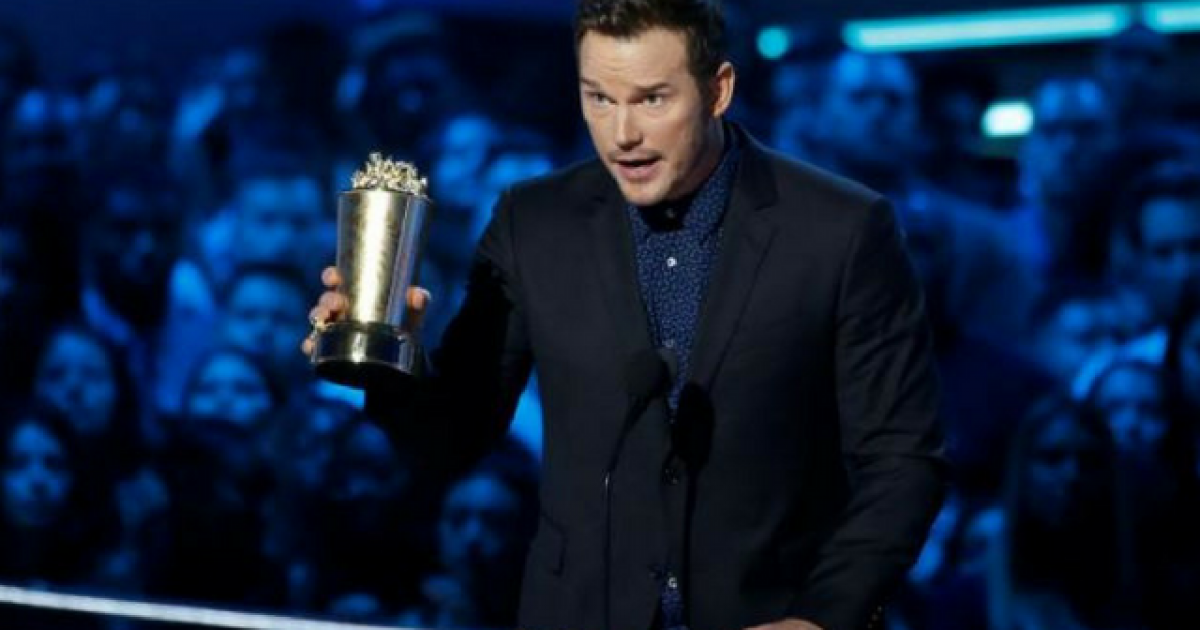 MTV awards shows are very far from the typical place one might find the Gospel. Normally, they’re a place for future generations to be exposed to vulgar musical performances by artists who have just barely graduated from the title of “child star.” For homosexuality and transgenderism to be celebrated and lauded. To award violent, sexually explicit, and ideologically progressive media.

This year, things were a little bit different when outspoken Christian actor Chris Pratt, who has been making ripples in Hollywood over the last few years as his rise to stardom just seems to keep going and going.

During his acceptance speech at the MTV Movie & TV Awards on Monday night, the took a moment to not only declare his own faith, but to boldly recommend the young people in the audience find their way to God as well.

In his “nine rules from Chris Pratt, Generation Award-winner,” Pratt laid out a pretty counter-cultural set of rules that he believes future generations would be wise to adhere to, that have clearly lent themselves to his own dramatic success and ever-humble outlook.

These are six of the points he made, as detailed by The Christian Post:

2. If you’re strong, be a protector. If you’re smart, be a humble influencer. Strength and intelligence can be weapons, so do not wield them against the weak. That makes you a bully. Be bigger than that.

3. It doesn’t matter what it is. Earn it. A good deed. Reach out to someone in pain. Be of service. It feels good and it’s good for your soul.

4. God is real. God loves you. God wants the best for you. Believe that, I do.

6. Nobody is perfect. People will tell you that you are perfect just the way that you are; you are not! You are imperfect. You always will be. But there is a powerful force that designed you that way, and if you are willing to accept that, you will have grace. And grace is a gift. Like the freedom that we enjoy in this country, that grace was paid for with somebody else’s blood. Do not forget that. Don’t take that for granted.

Pratt’s career, which is based on his own raw talent and charisma rather than looks or gimmicks, is made all the more admirable by his faith, which he has never shied away from expressing, a radical act in Hollywood.

Far more worthy of praise, however, is the God he worships who can declare His glory in the most unexpected places…even an MTV awards show.

WATCH: This Is What Business Looks Like for Masterpiece Cake Shop After Supreme Court Victory