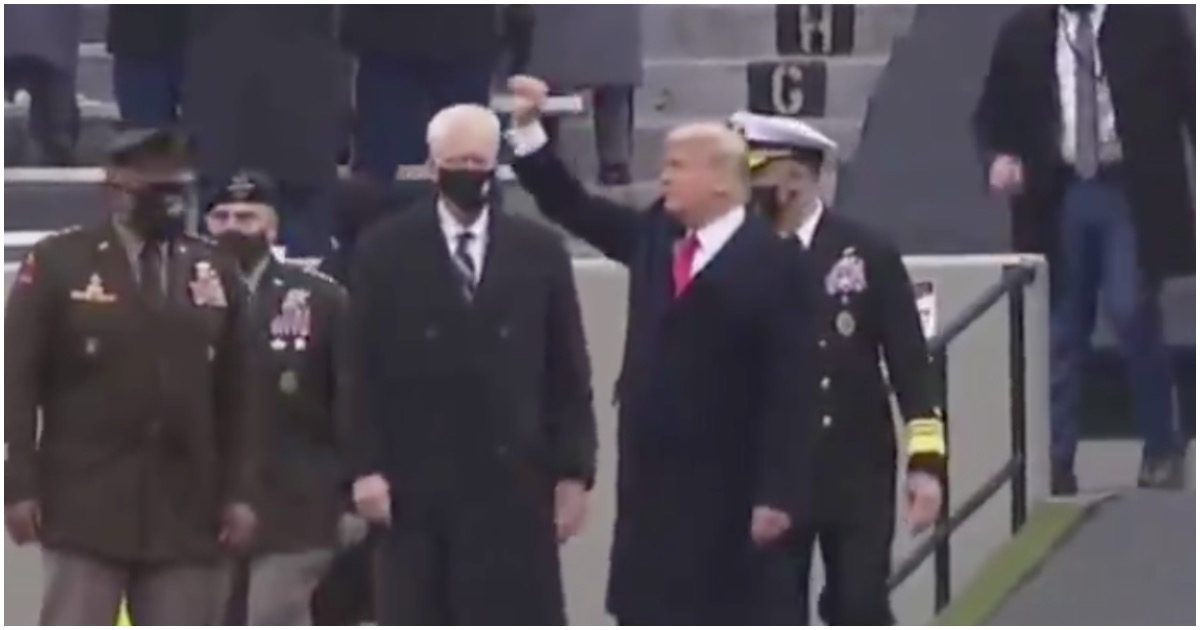 Donald Trump is one of those rare men who wasn’t necessarily seeking the White House, so much as it sought him. In 2016, the country needed the billionaire real estate magnate in the Oval Office.

In 2020, we needed him again. And he won, without question – no matter how the left tries to frame it.

How is it possible that Trump, the most popular president in the history of the Republican Party, is the only president in the last 150 years (from either party) to lose re-election after earning more votes than he did the first time around?

No chance, Joe. None.

A formation of Blue Angels and Apache helicopters could be heard as they flew overhead – but were barely discernible through the thick cover of mist.

Earlier, about a dozen supporters were on hand at Stewart International Airport in New Windsor, NY to cheer Trump as he landed there with chants of “Don’t give up, don’t give up” — just two days before Monday’s Electoral College vote that will seal Joe Biden’s confirmation as president-elect.

Keep praying, folks. It’s not over yet!