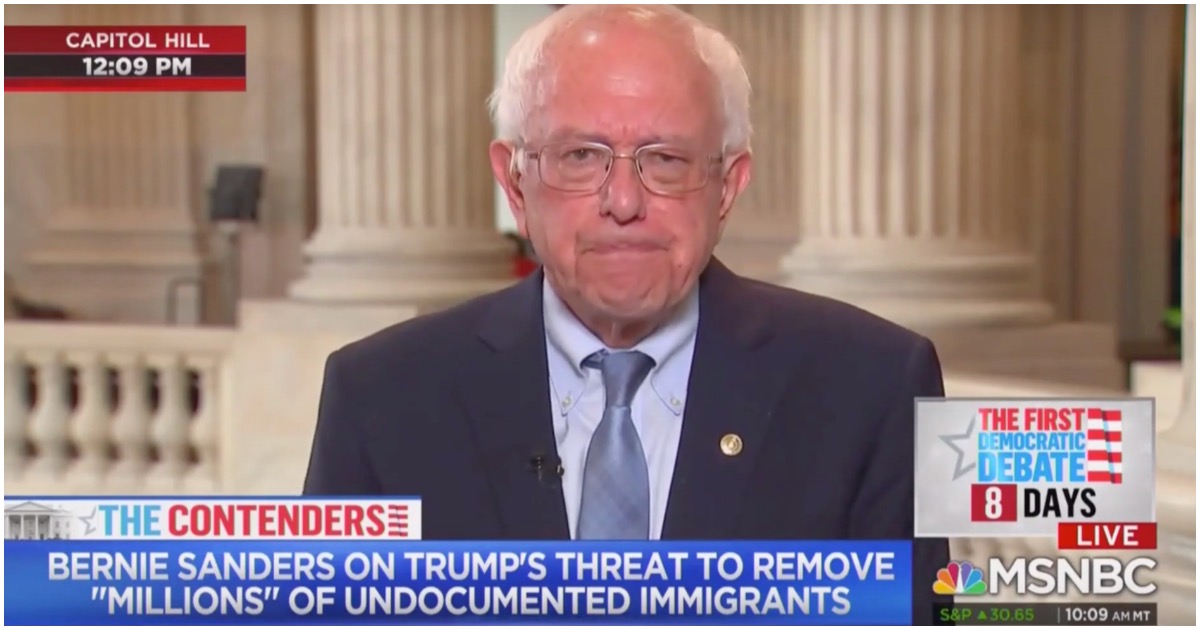 Words mean nothing if there aren’t any facts to back it up. You’d think Bernie would get that by now.

But that’s not all…

Sen. Bernie Sanders (I-VT) said on Saturday at the MoveOn Big Ideas Summit in San Francisco that the United States should stop “endless wars,” cut military spending, and “move toward a global community.”

Bernie noted, “When we end endless wars, we can finally be able to ask ourselves how do we move toward a global community.”

He did not address how global community benefits would be paid for, but Sanders did say that the U.S. should cut military spending and use the money for other purposes, including fighting climate change to “save the planet.” Sanders said the some of the funds redirected from the Pentagon could also be used to get rid of fossil fuels.