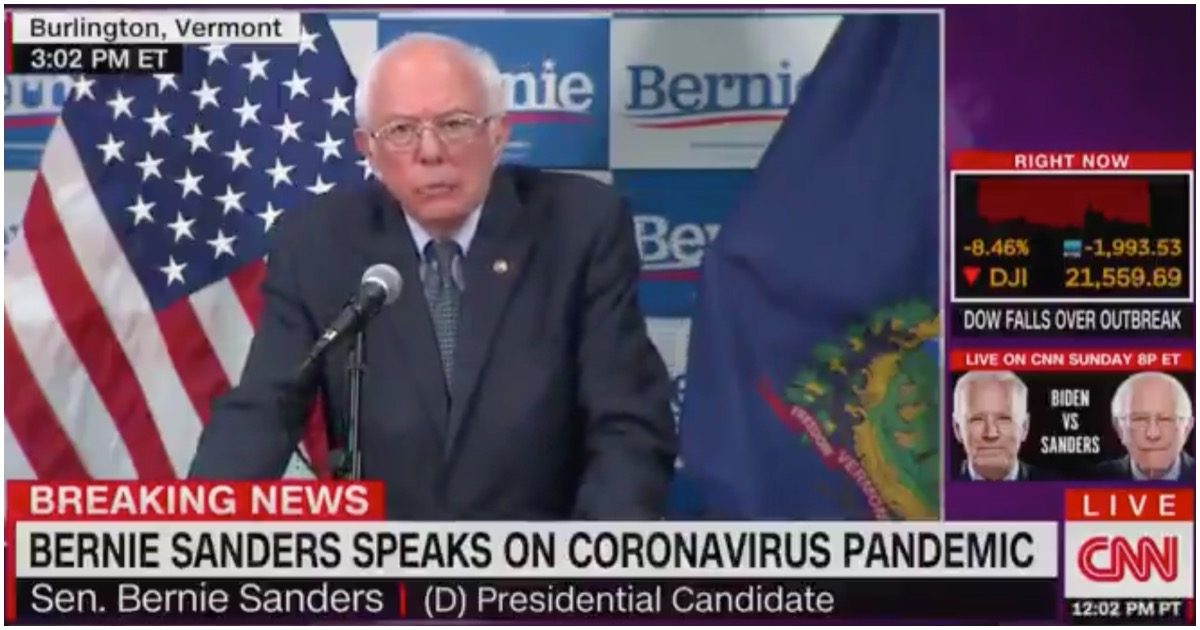 Talk about inciting panic. 2020 Democrat presidential candidate Bernie Sanders (VT) needs to think this through again. To even imply that more people will die from Coronavirus does nothing but get lefties riled up.

But that was the point, wasn’t it? To make President Trump look like a fool for mishandling the “pandemic,” right?

On Thursday, Democratic presidential candidate and open socialist Sen. Bernie Sanders (I-VT) warned that the coronavirus death toll could surpass the number of Americans that were killed in World War II, which was more than 400,000 people.

Addressing the country in a campaign for president, a job that would require invoking a sense of calm among Americans in times like these, Bernie Sanders says Coronavirus could kill more people than troops who died in World War II

They’re all on the “same page.” The figurative cat is absolutely out of the bag.