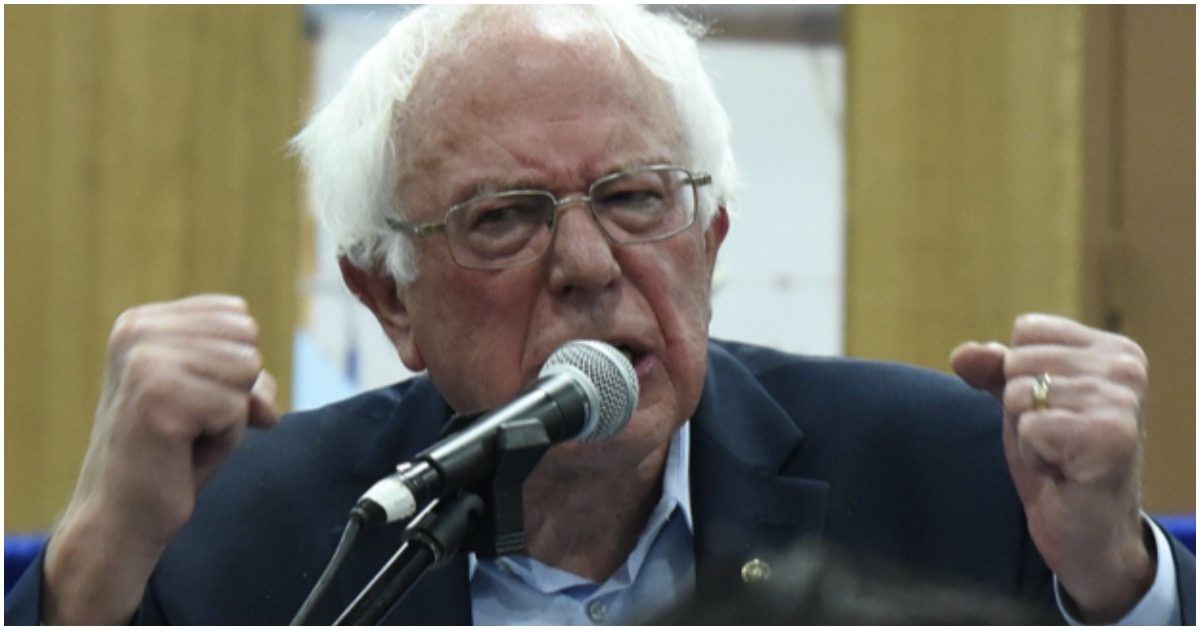 Democrats and entitlement. Everyone deserves everything, even those who have broken the law to get into the United States. No free lunch to Democrats essentially means free everything.

I’m not sure there’s ever been an equivalent to the American Left. Not even the Bolsheviks pushed for socialism AND open borders. Mao didn’t either.

Lenin himself would look at Bernie’s platform and say, “Well that’s not gonna work.” https://t.co/jE1rToSLYF

Really good point. The Marxists actually wanted their system to work in some way. Modern American Leftists are proposing things that are totally disconnected from all known reality.

They lose either way with him as the nominee. He either hands it to Trump, or wins and that’s the end of the Democratic Party…

It’s not supposed to work

It’s supposed to destroy America, because the USA is the biggest obstacle to world communism

Bernie knows what he says won't work. Once he's in the US taxpayers are his gravy train.

Why would they be entitled to anything? They literally don’t exist on paper here as they don’t have a social security card, can’t contribute with taxes as they are not allowed to be employed here, etc. Why would any tax paying citizen agree with this ludicrous claim?

Why would they be entitled to anything? They literally don’t exist on paper here as they don’t have a social security card, can’t contribute with taxes as they are not allowed to be employed here, etc. Why would any tax paying citizen agree with this ludicrous claim?

So millions of Americans pay half of their wages toward housing and they are also being asked to pay the cost of housing illegal immigrants? pic.twitter.com/tlkXMnjYUv

No, they are not. This is a sovereign nation. My wife had to come here through proper channels to acquire her citizenship, just like everyone else should.

They're entitled to the DOOR. Come legally, like my husband, or NOT AT ALL.

Free ad for Trump… This guy is nuts, and if nominated, will lead to millions of voters to reject this insanity by voting Trump.

I would say education has failed, but it appears to have the desired effect.

And just who pays for those ilegal immigrant government benifits??
The very people who will not be voting for Bernie!!

The American taxpayer should pay for any foreigner who can reach our shores or hop our fences. Its like a giant game of capture the flag, because who cares.

These people are crazy.

I’ve quit being shocked at what these leftist nutjobs say anymore. They are all certified crazy and if you had someone our enemy snuck in to sabotage us, it couldn’t be any worse than what these traitors propose for us.

Bernie makes a persuasive case for a future where EVERYONE has health, intellect, and happiness. Sounds like heaven—a place we will all enter, sooner rather than later, if he gets elected!

Would you like to pony up more of your hard earned dollars to take care of illegals?

From Center for Immigration Studies:

South Carolina Senator Lindsey Graham (R) made a big announcement recently and it has to do with Obamacare.

Lindsey Graham said that Republicans will repeal Obamacare if Trump wins, the GOP keeps the Senate, and if the House Republicans take back the speaker’s gavel from Nancy Pelosi (D-CA).

Graham said, “If we can get the House back and keep our majority in the Senate, and President Trump wins reelection, I can promise you not only are we going to repeal Obamacare, we’re going to do it in a smart way where South Carolina will be the biggest winner.”