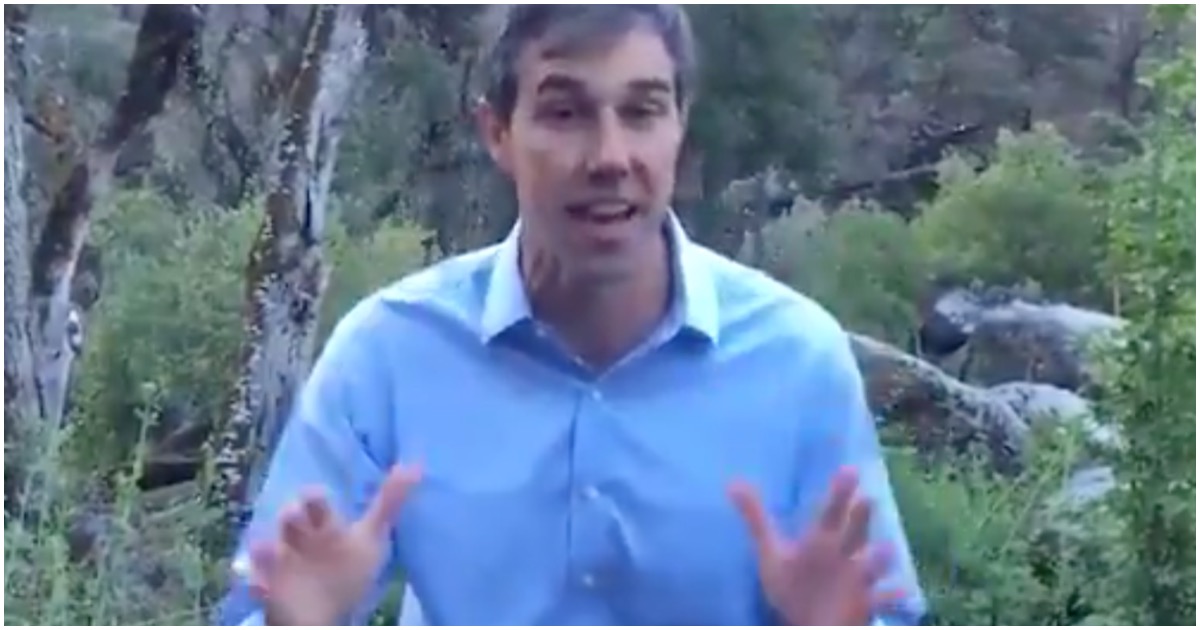 If you’re one of those people who is crazy enough to think you can go to war with the climate and win, you need to re-think some things.

Soon-to-be failed presidential candidate Beto O’Rourke is one of those people.

Check him out. He’s standing in the forest – alone.

He’s gesturing wildly like he just shotgunned a Red Bull.