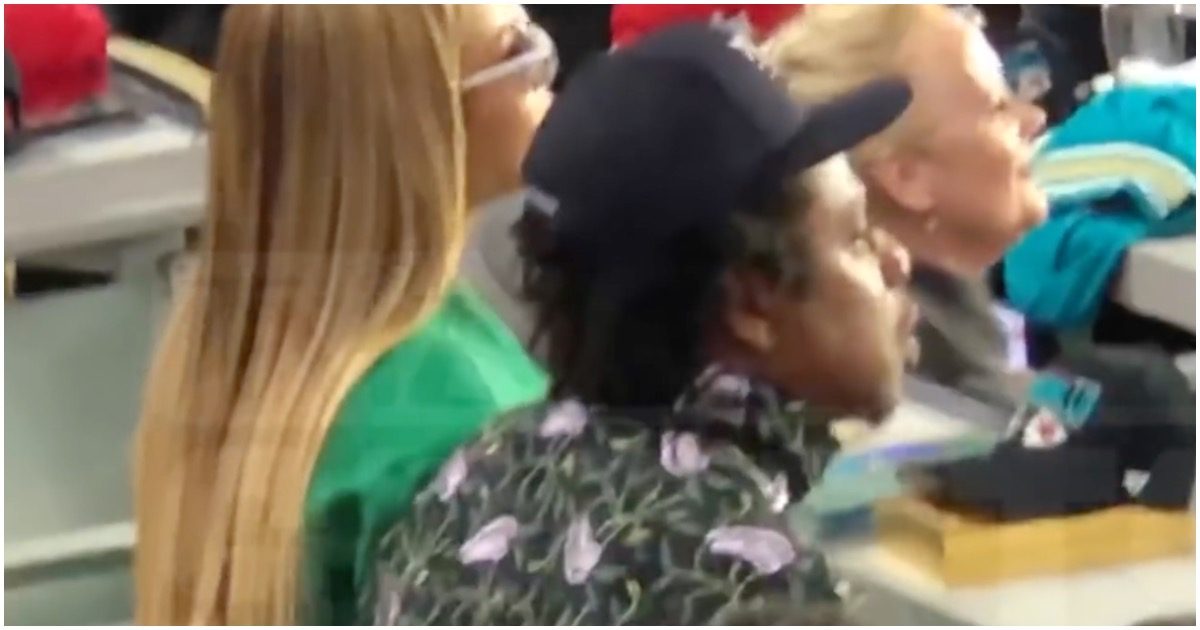 Beyonce. Jay-Z. They’re so woke. The couple attended the Super Bowl in Miami between the Kansas City Chiefs and San Francisco 49ers and both refused to stand for the National Anthem, which was belted by singer Demi Lovato.

It is almost as if the power couple is seeking attention with this little stunt, long after the NFL kneeling controversy has passed. It’s too bad that these two people, who have become more rich and famous than they could’ve possibly ever imagined – thanks to America – choose to set such a poor example for today’s youth.

Jay-Z’s entertainment company Roc Nation holds a partnership with the NFL, giving him a say in what artists perform at major NFL events — including the Super Bowl.

Jay-Z recently spoke to the New York Times about his partnership with the NFL, insisting that it was not made for economic gain, but instead to promote education surrounding social justice.

After three 100 year old WWII heroes are introduced, the anthem is sung and… https://t.co/fRQ3ytKE9X

More tweets from the game:

Congrats to the Kansas City Chiefs and to Texan Patrick Mahomes! #SuperBowl2020 pic.twitter.com/BhUhHl8Aal

If you don’t believe @realDonaldTrump will get a higher percentage of black votes than any Republican President in recent history, you’re not paying attention. He’s acting on impactful policies, not rhetoric. #SuperBowl2020

Colin Kaepernick watching the 49ers make it to the Super Bowl and stand for the National Anthem without his drama queen communist nonsense. #SuperBowl2020 pic.twitter.com/XHghIMtcyp