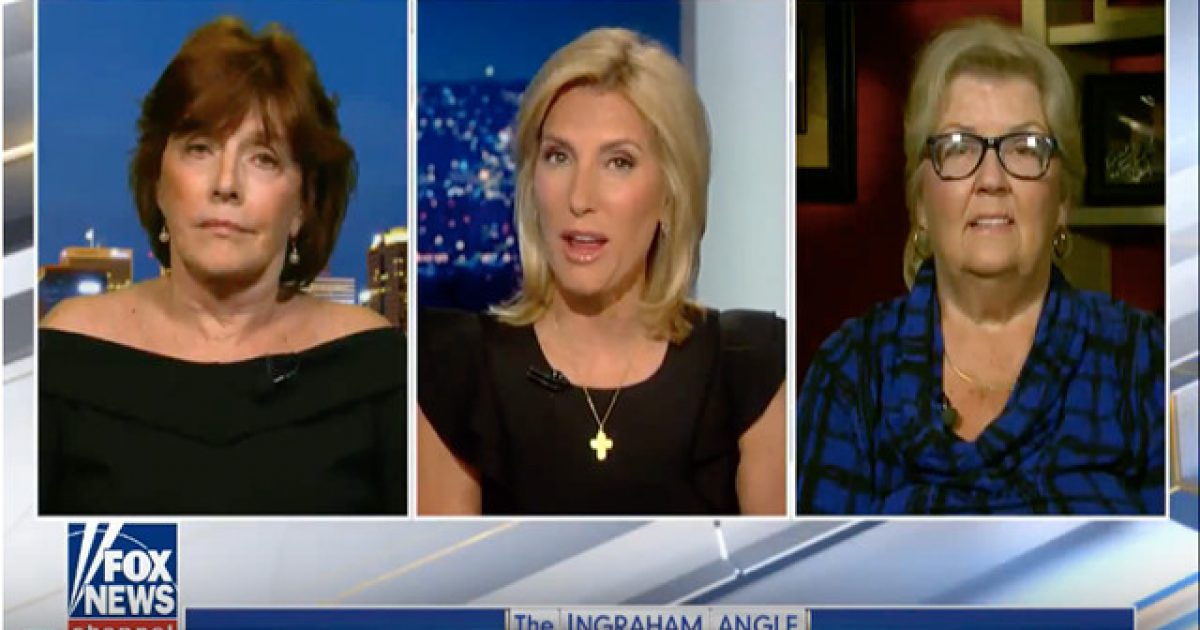 Juanita Broaddrick and Kathleen Willey, both individuals who have accused former President Bill Clinton of sexual assault, had a whole lot to say about his recent interview where he stated he felt he did not owe Monica Lewinsky an apology over the sex scandal that happened during his second term in office.

And this, ladies and gentleman, is the man married to the woman we almost had as president in 2016. Could you imagine this guy back in the White House? Hide your interns, D.C.

Broaddrick and Willey responded to Clinton during a Monday night interview on Fox News with host Laura Ingraham.

Broaddrick, who accuses Clinton of raping her, said that Clinton once tried to apologize to her and she told him to “go to hell.”

“Kathleen Willey, you watch that interview,” Ingraham said. “Why am I stunned? He has not learned anything about this experience. He’s actually a smart guy. I’m almost speechless. Your reaction?”

“I was speechless too,” Willey replied. “I was outraged.”

“I could not believe the words that were coming out of his mouth and he was so arrogant and pompous about the whole thing. He actually believes — I think he actually does believe that he didn’t do anything wrong,” she continued. “He never will. He doesn’t get it. That’s just the way it is.”

Isn’t this fellow a real piece of work?

After a young woman was taken advantage of and her life destroyed due to the poor choices she made with him, no doubt under great pressure from Clinton himself, he doesn’t feel it’s necessary to apologize?

Aren’t liberals all about women’s rights, equality, and justice for sexual assault and other assorted bad behavior?

Where is the rest of the leftist media on this issue? Why are they not demanding Clinton face justice? Not only for Lewinsky, but the others who have accused him of assault?

Guess the only women progressives care about are those in their own camp.

Veterans in Shock After What They Find Flying in Their Park

Jim Carrey Unveils New Painting of First Lady, Doesn’t Get The Response He Hoped For