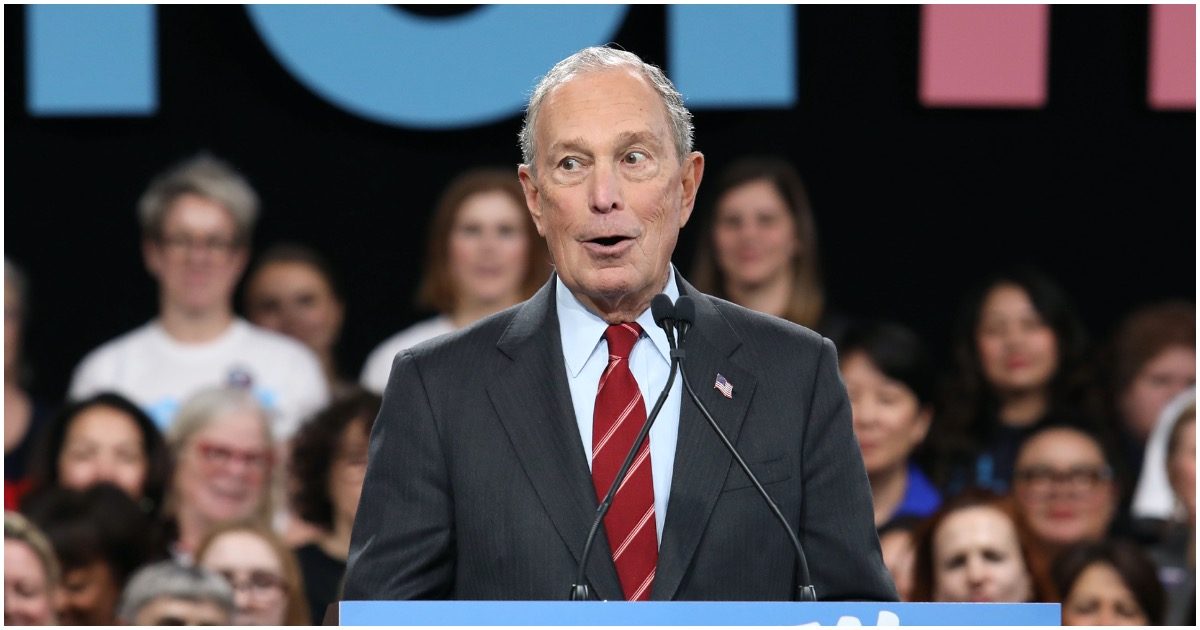 This video might be from 2011 but that isn’t what matters. Listen to what Michael Bloomberg has to say about the elderly. If he isn’t heavily implying that people of a certain age should just die when they get sick, then what is he saying?

The 2020 Democrat presidential hopeful seems to think he can buy his way to the White House and apparently, have complete control over the lives of others.

Obviously, we know how conservatives will react. They won’t be thrilled. But will Democrats be okay with Bloomberg’s words? What if a liberal’s 95-year-old grandmother was denied care, would that sit well with them?

This video of Bloomberg saying we should deny care to people once they're past a certain age (because it isn't worth it) is everything about him which is so awful.pic.twitter.com/iL1FGf3Ha0

Everyone pay attention! THIS is THE reason not go with the left….no one gets to decide anyone is “not worth it” everyone at all times is worth it! Humans all have value!!! They are loved!! This is PURE evil! We cannot allow this EVER!!

It’s very unnerving how comfortably he speaks about this. Like it’s something patently obvious that no one has caught onto yet

To be fair, I think it's fair to predict that his view will change on this…when he's 95.

I am 💯 certain if it was him with the prostate cancer he’d pay for his treatment.

Pretty much right there is why I DON'T want gov't run healthcare. Instead of 95, they could set the limit at 70….all up to the gov't.

You gotta love their values 😩

Also the same guy reportedly told a pregnant worker of his to "kill it".

Also the same guy that thinks maybe the poor shouldn't be able to control their own finances.

Same guy that wants to dictate your diet.

He is a terrible person, at least it looks that way.

Death panels are back!!

Seriously, this guy has so much baggage – much of it yet to be unveiled – it will overwhelm and destroy his attempt to buy the Presidency.

Reminds me of George Bernard Shaw advocating humans should appear before a panel every few years, to justify their existence. If they can't, well, bu-bye. Yes, it's on video:https://t.co/JLJ7DX2KZw

He uses the age of 95, but in reality it will be substantially lower. I bet he would change his tune if he, at his age, developed prostate cancer and was denied.

Bloomberg built a media empire which has already pretty much said it won’t go after the billionaire for any reason. He’ll get away with everything he says, no matter how false or misleading.

Like this egregious ad, for example. Bloomberg won’t care, not one bit.

The video then lists hundreds of “school shootings,” eventually reaching the number 263.