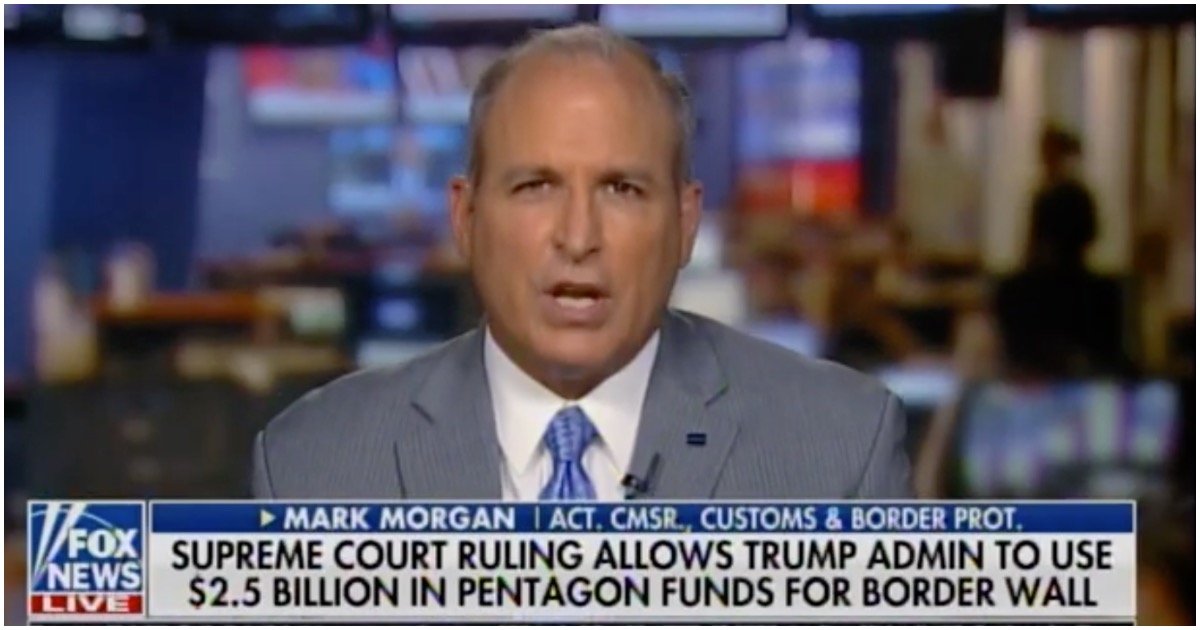 Now that the Supreme Court has freed up $2.5 billion from Pentagon funds to go toward building new wall on the southern border, Democrats are in a panic.

The border chief didn’t ease their worries, one iota.

Mark Morgan: Right now we’ve completed 52 new miles of wall along the southwest border strategic locations. And by 2020 we’re going to have about 205 miles of wall completed. But with this new ruling and if we’re able to get all of the DOD funding that’s available we’re going to be able to build about 450 miles of new wall. And right now judge, we’ve been building about a mile of wall every week since May.

AOC was not prepared for Former ICE Director Thomas Homan 2.0, "If you want to seek asylum you go through the port of entry. You do it the legal way." #BorderCrisis pic.twitter.com/r7GrxmiueA

Obama-appointed Judge Haywood Gilliam just found himself in a big mess, but it’s all his doing.

A federal judge who partially blocked President Trump’s plans to build a border wall along the United States-Mexico border previously donated almost $30,000 to former President Obama, other Democrats, and a political action committee.

U.S. District Court Judge Haywood Gilliam, an Obama appointee confirmed in 2014, donated $6,900 to Barack Obama’s debut campaign for president and $14,500 to his reelection campaign, according to federal election records. The same records also indicate he contributed $4,500 to the Democratic National Committee in 2012 and, between 2012 and 2015, sent $3,100 to the Covington Burling LLP PAC, which supports candidates from both parties. His contributions totaled $29,000.

Gilliam made the donations, first reported by the Epoch Times, prior to serving as a U.S. District judge. He had said during his confirmation hearing that he “would base my decisions solely on the facts of each case and the applicable precedent, without regard to any political ideology or motivation,” and that “any personal views would not interfere in any way with my ability to neutrally apply the law.”

Pelosi Said It: SCOTUS Allowed Trump to ‘Steal’ Money From Pentagon to Pay for the Wall