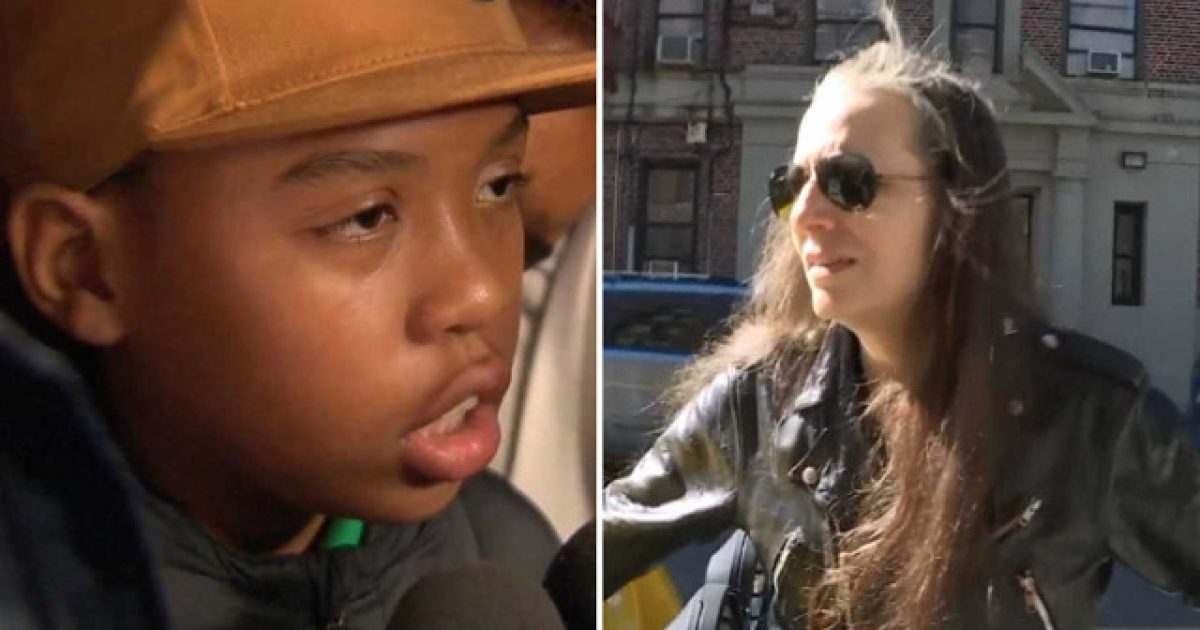 A nine-year-old boy who was recently falsely accused of sexually assaulting a New York woman last week has a very brutal message for his accuser and to be honest, it’s not pretty.

“I don’t forgive this woman at all, and she needs help.”

Teresa Klein, the accuser, found herself in hot water after claiming that Jeremiah Harvey grabbed her backside at a Sahara Deli Market in Brooklyn and called the police, making a huge scene outside the establishment. There is significant doubt about whether Klein called the police or not.

“I want the cops here right now,” Klein yelled on witness cell phone video. “I was sexually assaulted by a child!”

Surveillance video from the incident was eventually released and showed that the boy did not touch her, but Klein stuck with her original story immediately after the incident.

“I was standing at the counter, and I was sexually assaulted,” Klein told a local media outlet after the incident.

Speaking at a gathering this week, Harvey addressed the allegations made against him by the woman.

“I don’t forgive this woman at all.” Days after the #CornerstoreCaroline incident, when a white woman accused 9-year-old Jeremiah Harvey of grabbing her butt, Jeremiah tells reporters that he does not forgive his accuser and thinks she needs help. https://t.co/w0gIQ9GXQ1 pic.twitter.com/7q1YLyv1zi

Jason Littlejohn, a Flatbush resident, caught the whole incident on video and claims the police never showed up and questions whether or not Klein actually phoned them to begin with.

Littlejohn stated that it was gut-wrenching watching Harvey crying and distraught like that over these accusations, believing that Klein doesn’t really understand the gravity of what her false accusations have done to the child.

Klein did eventually apologize for her actions, saying “Young man, I don’t know your name, but I’m sorry.”