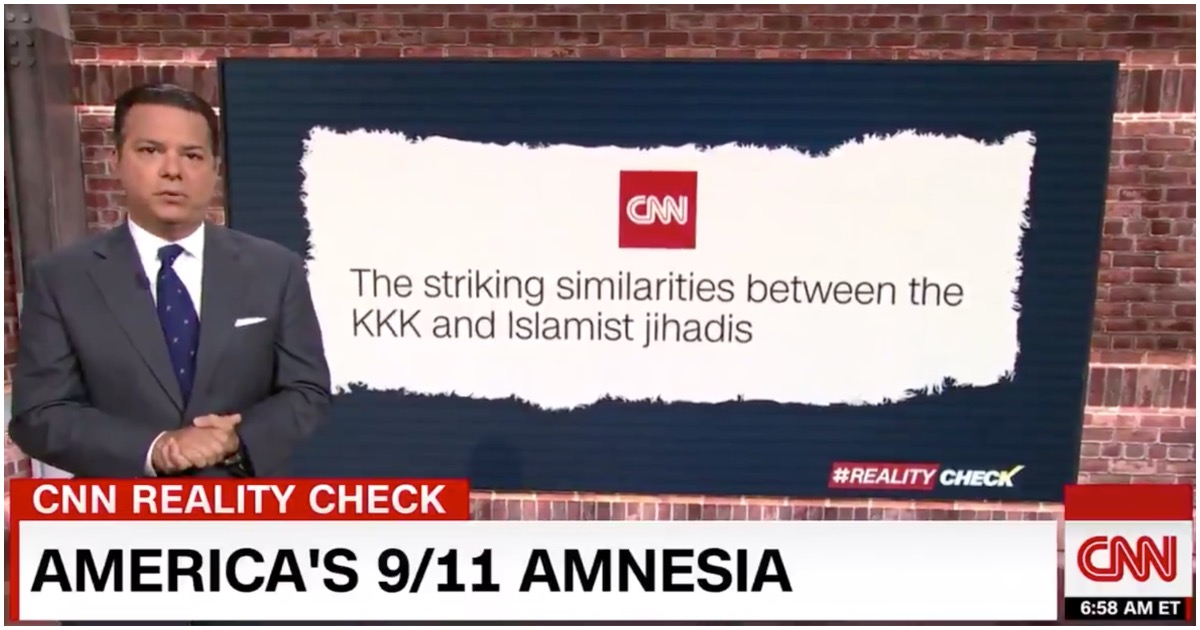 On the 18th anniversary of the deadliest terror attack in American history, Democrats are still too afraid to attack radical Islam for any reason whatsoever.

Is it because they’re afraid of saying the wrong thing and getting killed?

Most likely, that’s not the reason. They just want to appear, as the kids say, “woke.”

CNN claims “right wing” terrorists are worse than the jihadists who attacked America on 9/11.

CNN claims “right wing” terrorists are worse than the jihadists who attacked America on 9/11. pic.twitter.com/p3yaNwDbTD