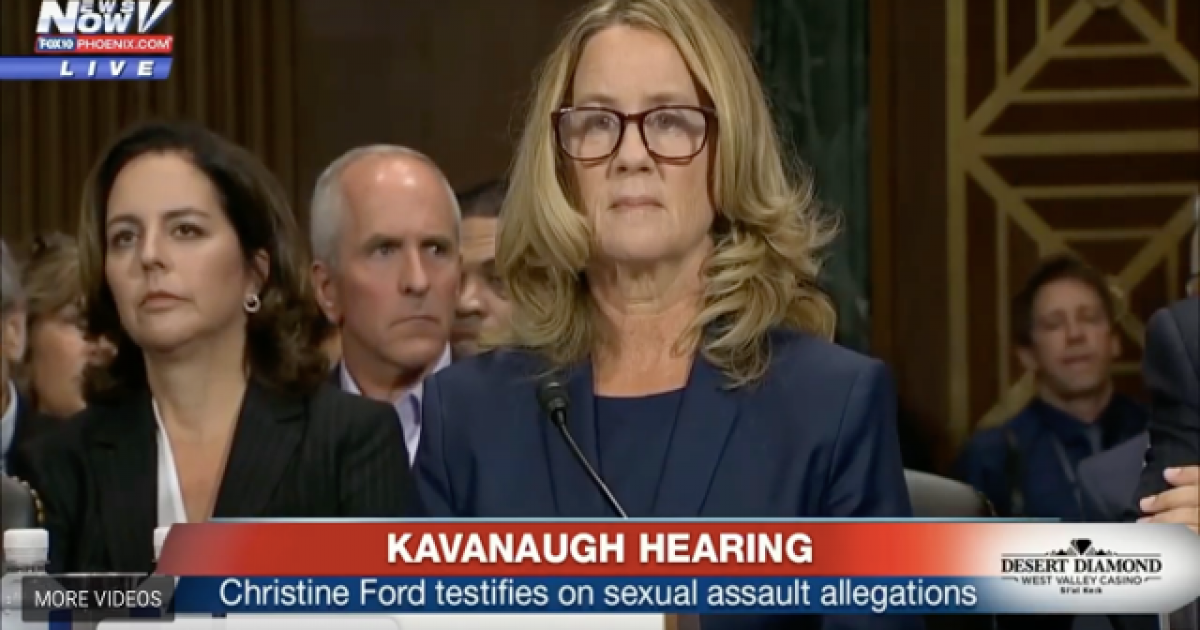 A conservative body language expert who has a YouTube channel called “Body Language Ghost,” analyzed video of the testimony given last week by Christine Blasey Ford in front of the Senate Judiciary Committee’s confirmation hearing of Judge Brett Kavanaugh.

The professional analyst has concluded that Ford is not being honest and appears to have been coached on how to respond to certain key questions.

In the video on his channel, the expert, who examines videos of various media personalities and political figures from both sides of the political spectrum, points out several signs that demonstrate Ford is playing a role designed to make her testimony appear convincing.

The analyst describes Ford as repeatedly adopting her “pretty pose” to make her seem vulnerable and cute. She also notes Ford looking toward the judiciary committee on some key questions, including about the decision to give her testimony publicly in front of the senate, which she claims indicates that the source of the decision comes from a Democrat committee member, not her attorneys. The analyst also argues that Ford is exaggerating her emotional response, indicated by the lack of natural physical responses to tearing up.

Below is Body Language Ghost’s favorable analysis of Kavanaugh’s appearance on Fox News with his wife:

Aside from this incredibly detailed analysis, the biggest give aways that this woman is not being truthful comes from the fact that none of the witnesses she’s claimed were there have backed up her story. That’s a pretty significant detail.

Then the fact that her story has changed repeatedly and that she somehow can’t remember where the house was located and other important details makes her claims seem just a tad fishy.

It’s become a sad state of affairs in America when a human being can be considered guilty of a crime without due process, simply based on conjecture from one individual.

We’re witnessing the slow rot of our judicial system before our very eyes.