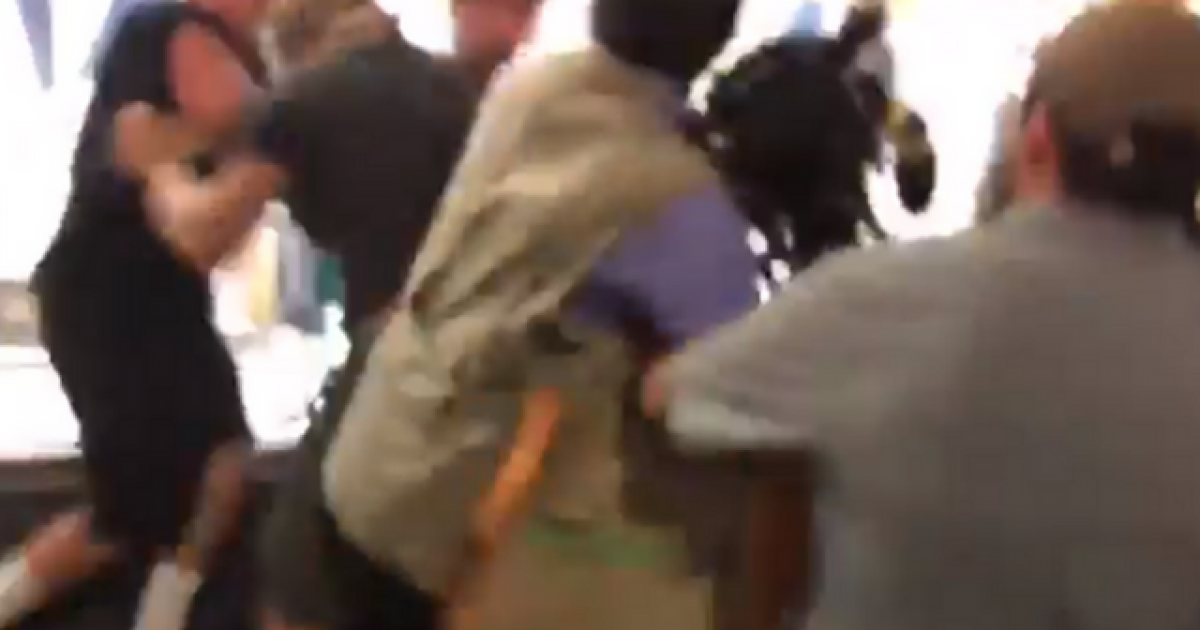 Just days after an enraged Trump hater destroyed the President’s Hollywood Star on the Hollywood Walk of Fame, a violent brawl has broken out between Trump supporters who had gathered to “spread love” and those who had, clearly come to spread hate.

The gathering appears to have been organized by musical artist Joy Villa, who has been a lone voice of support for our President after stunning the nation with her incredible “Make America Great Again” she revealed at the Grammy’s in 2017.

The Daily Wire reports she and some fellow Trump supporters had gathered at the Trump’s star, which had just been restored after 24-year-old Austin Clay smashed it with a pickaxe earlier this week. The small but enthusiastic band of Trump supporters sang the National Anthem and posed with a cardboard cutout of Trump.

YouTuber Austin Fletcher of Fleccas Talks, who does not appear to have attended this gathering but is no stranger to the violent streets of liberal LA and often films his man-on-the-street videos in this very same place, shared a video of the assault (warning: language and violence)

[INSANE VIDEO]: Fight breaks out at Donald Trump’s star on Hollywood Boulevard. All because @ElijahSchaffer was wearing a Trump jersey and USA hat.

Be safe out there. The intolerance is real! pic.twitter.com/eGk6pYKiti

“Though it’s unclear what exactly led to fists flying, it’s clear who Yahoo blames: ‘Donald Trump incited a brawl in Hollywood on Thursday night — and the president wasn’t even in town,'” The Daily Wire points out, having referenced Yahoo News for their article on the brawl.

And that right there explains how quickly liberals dismiss any accountability for their insane actions. It’s not their fault they lash out violently.

It is and forever will be…Trump’s fault.