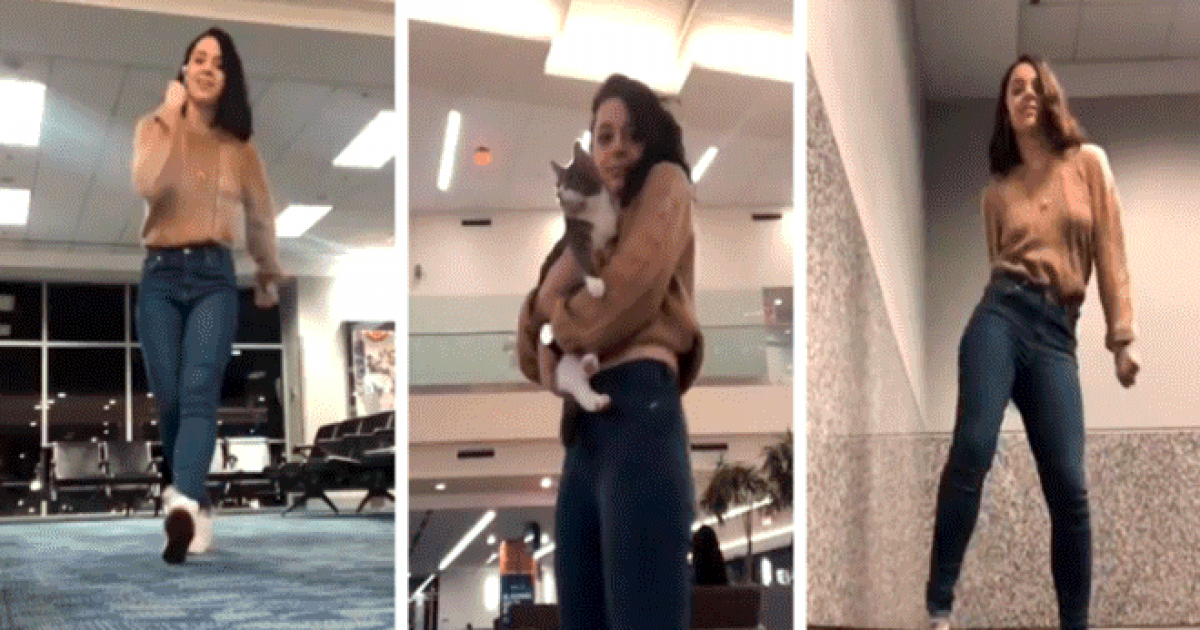 As the shutdown drags on, everyone is getting frustrated, particularly those who have gotten held up at airports across the country where TSA agents are scares.

Law student Katie Gould was one such traveler last week, when she missed her flight out of Atlanta and had to wait four hours to catch another.

“I actually missed my flight because security was so long,” Gould told Travel + Leisure, according to Yahoo News. “I’m used to Hartsfield-Jackson security being busy, but this was more than usual for the time of day. They had less TSA agents than they normally do, so I assumed the shut down had something to do with it.”

While she pondered how to kill the time waiting for the next flight to Milwaukee, Gould came up with something pretty creative.

Instead of spending the time watching videos or reading, Gould decided to take a tour of the airport.

“I just decided to put my phone in random places and film myself doing little dances,” she told T+L. “My mom is a flight attendant so I know my way around the airport very well. I just spent the next 4 hours waiting on my next flight by going to different gates and dancing!”

Her video has over a whopping 8 million + views, and we can see why—its infectious!

I missed my flight and it was 4 hours until the next so this is what I did pic.twitter.com/BPHMU9q5km

“I was pretty frustrated that whole day with missing my flight, but doing something fun and silly really helped remind me not to take life too seriously,” Gould said. “I’m just glad it made so many people happy! Also, I hope it inspired people to travel a bit more and not be afraid to get out of their comfort zone, I think the world needs that right now.”

When This Vietnam Vet’s Home Went Up In Flames, This Firefighter Did Something Incredible

WATCH: The Moment This Little Boy Gave a Cop a Fist Bump Will Melt Your Heart