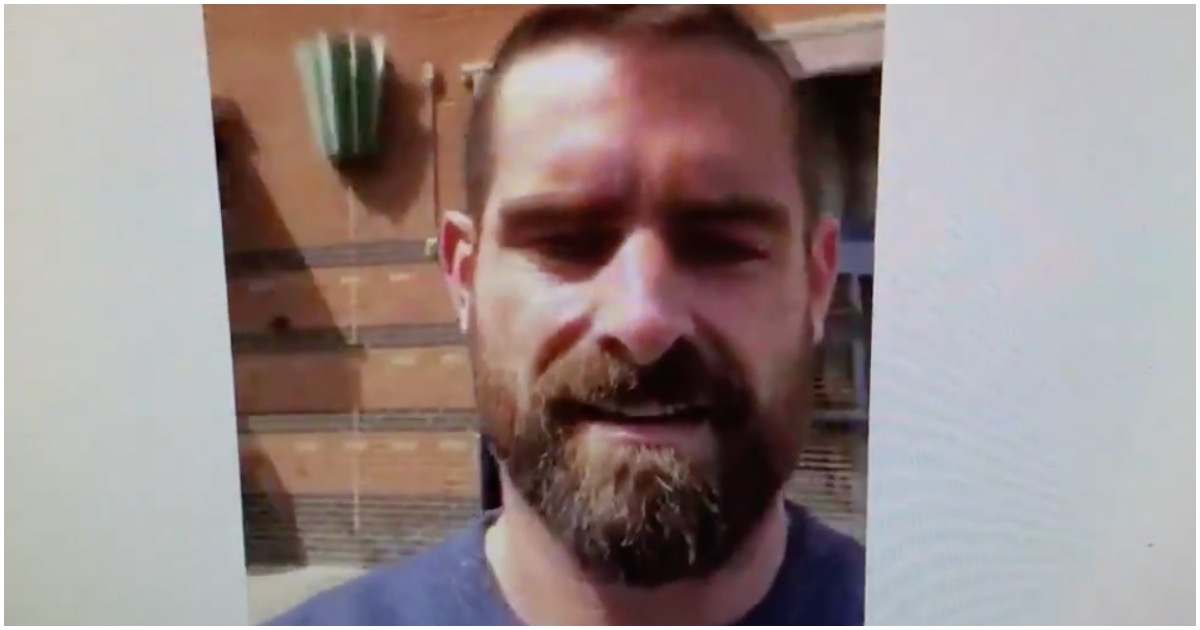 Some people deserve to be called out and others don’t.

Teenage girls who were praying outside of Planned Parenthood for babies who are about to die don’t.

However, Pennsylvania Democrat Brian Sims needs to be called out by everybody after threatening to dox the girls and expose their identities.

He is a coward, plain and simple.

In video first reported by Live Action News on Sunday, Pennsylvania state Rep. Brian Sims, a Democrat and self-styled LGBT activist, harassed an elderly pro-life sidewalk counselor outside a Planned Parenthood abortion clinic. In an update from the pro-life site on Monday, video emerged of Rep. Sims targeting more pro-lifers; this time he was harassing and offering money to dox three teenage girls praying outside the abortion clinic.

Sims said, “What we’ve got here is a bunch of protesters, a bunch of pseudo-Christian protesters who’ve been out here shaming young girls for being here.”

A woman who was with the girls said to Sims, “We’re actually here just praying for the babies. And we actually believe women deserve more.”

UPDATE: Watch PA Rep @BrianSimsPA offer up $100 for the identities & addresses of 3 TEENAGERS who are fighting for the lives of preborn children.

Alabama’s House of Representatives voted to outlaw abortion by a vote of 74-3.

One Democrat, in particular, feels abortion needs to stick around for the long haul.

His words are the stuff of nightmares.

Democrat Alabama State Rep. John Rogers made horrifying remarks on the floor of the Alabama House of Representatives on Tuesday about abortion, saying: “Some kids are unwanted, so you kill them now or you kill them later.”

That was pretty bad, right?

This next story might be even worse – if you can imagine.

Earlier this month, Planned Parenthood-supporting students at the University of Texas-San Antonio giddily mocked a pro-life group’s display known as the “Cemetery of the Innocents,” which is a dedication to the unborn killed by abortion.

“Stop, hey, hey, what’s that sound, all the fetuses are in the ground!” sang one female student, dancing in the mock cemetery. She also led chants with the other pro-abortion protesters in support for Planned Parenthood and bragged about getting an abortion herself. “Look, there’s mine right there!” she said, pointing to one of the crosses representing a killed unborn child. Another female student joked that they should “kiss in the fetus graveyard” and said getting an abortion is her biggest “kink,” according to StudentsForLife.org.