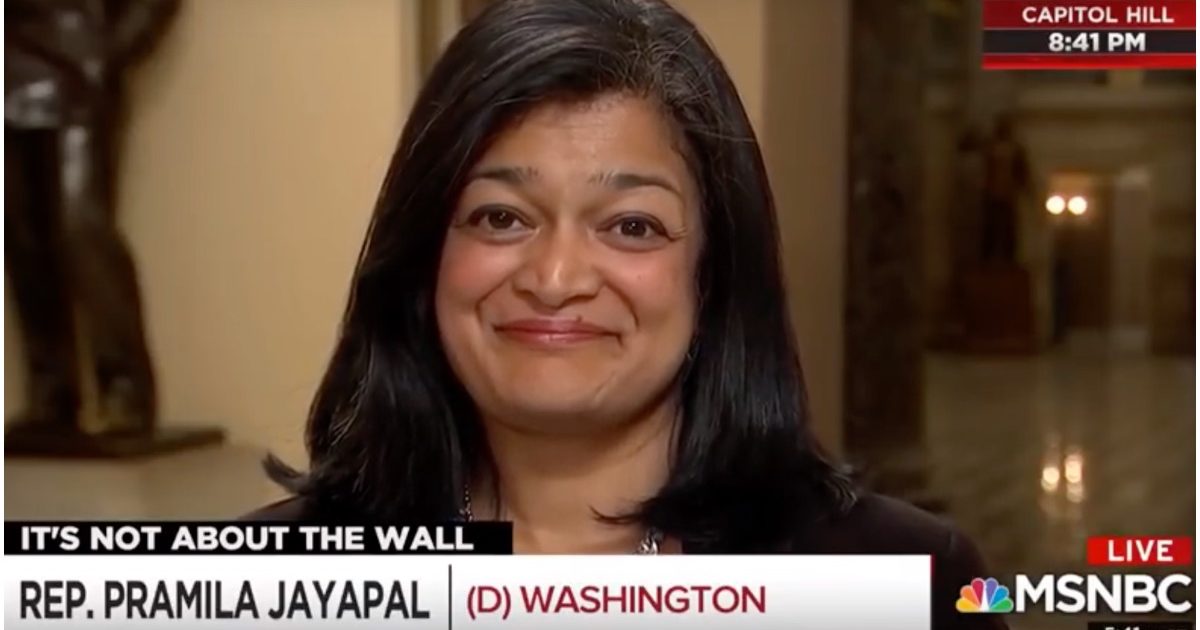 Washington Rep. Pramila Jayapal is one of them.

According to her, and probably millions of other Americans, President Trump’s ultimate goal is to make America “pure” and get rid of all people of color.

She actually went on MSNBC and said that.

The freshman Democrat said Trump’s “ultimate goal” with the wall and focus on immigration is to “make America pure.”

Jayapal: “This has never been about a wall. He actually could have gotten funding a couple of years ago, or a year ago, for a wall. It was part of a deal that was proposed. Not all of us agreed with that deal, but it was proposed to him and he turned it down because his ultimate goal is, as you said, to make America pure in the sense of not having immigrants, not having folks of color here and shutting down every form of legal immigration, all to throw a bone to those people.”

Sure, that’s why the First Amendment exists and yet conservatives are held to a higher standard on nearly every subject.

WATCH: FBI Opened Investigation to Learn If Trump Was ‘Secretly A Russian Agent’