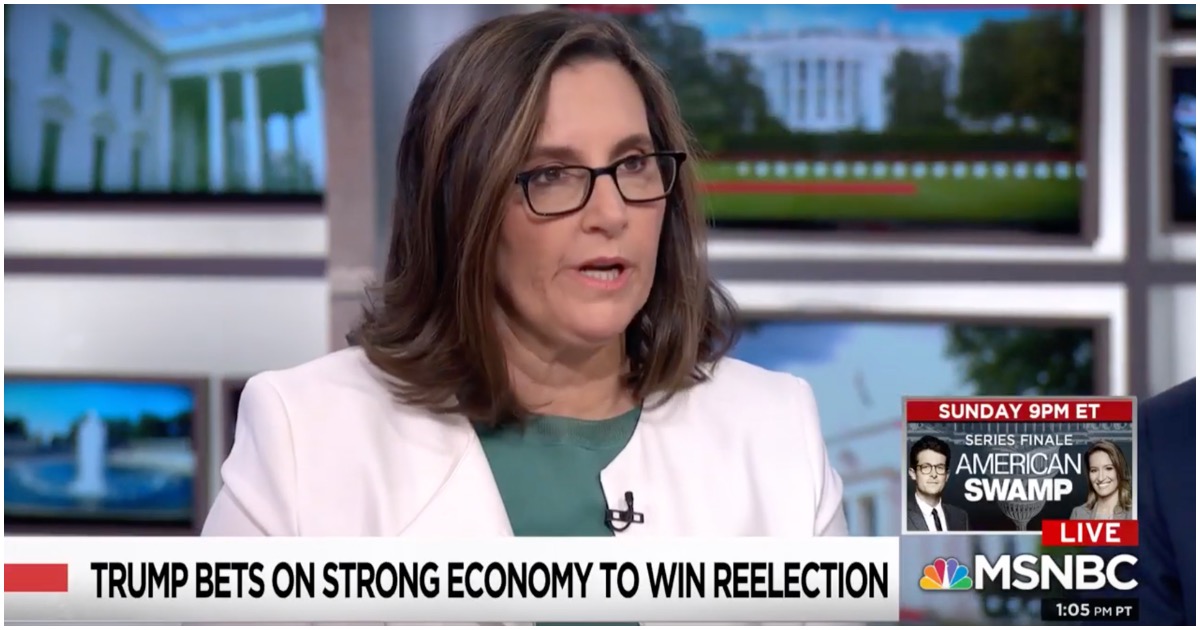 You question Joe Biden’s or Hillary Clinton’s mental health and you’re a monster.

Question President Trump’s mental fitness and you’ll get away with it because Trump is a monster.

Alheimer’s? Yes! That’s just the ticket. Since the Mueller Report definitely showed that there was no Trump-Russia collusion, impeachment is no longer an option. So what to do? Why, pretend that President Donald Trump is in the early stages of Alzheimer’s and suggest his removal via the 25th Amendment.

That was the wild idea of Nicolle Wallace and her MSNBC panel, including Al Sharpton, on her Deadline: White House show on Friday. The funniest thing about this fantasy is they think the big roadblock to it happening is that his cabinet is not intact.

[Kerry] Sanders noted that [Nicolas] Maduro still maintained control of the military through the whole ordeal, adding: “You have to understand, in Venezuela gun ownership is not something that’s open to everybody. So if the military have the guns, they have the power and as long as Nicolás Maduro controls the military, he controls the country.”

Sanders comments came after an armored Venezuelan military vehicle plowed into a crowd of protesters earlier in the day in a video clip that went viral and was seen around the world.