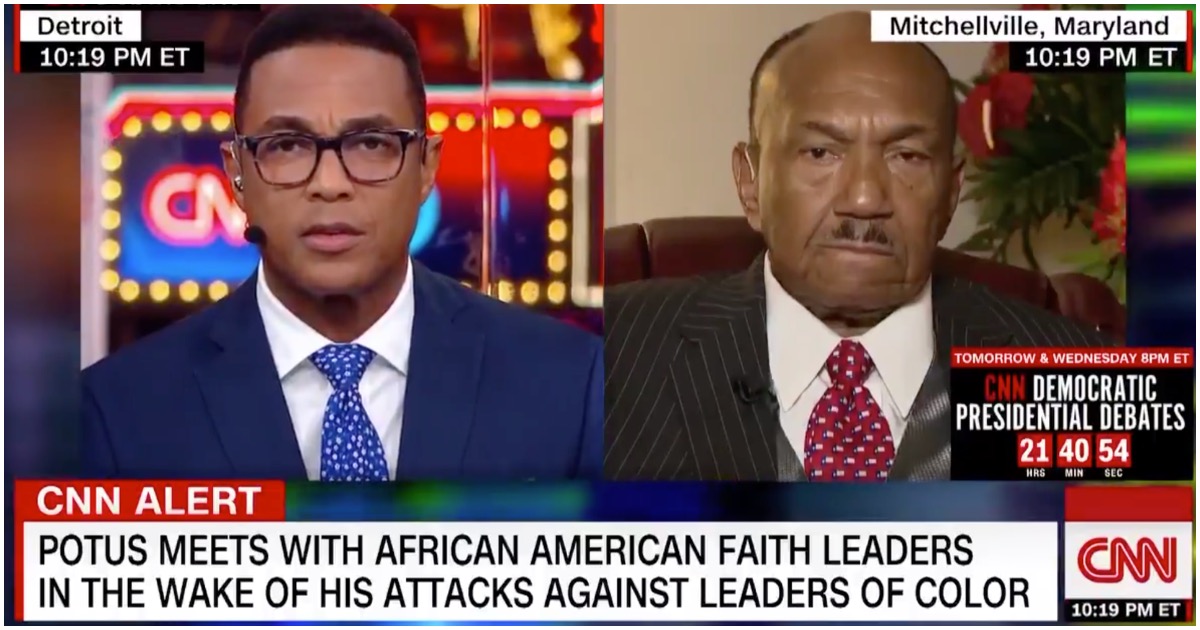 What was it Michelle Obama used to say?

If Republicans go low, we Democrats go as far beneath ground as possible until we can’t get any lower.

Earlier this week, CNN host Don Lemon took his partisan attacks to a new low in an interview with Rev. Bill Owens, the founder of the Coalition of African American Pastors (CAAP).

Lemon went after Mr. Owens for attending a meeting with President Donald Trump on Monday, in which the two discussed issues concerning poverty-stricken areas. The CNN host insinuated that the pastor should not be taken seriously and effectively accused him of being a sellout to his race by providing a shield for Trump’s supposed “racism.”

Owens retorted, “I don’t think so. I don’t think that at all because I have been to the White House four times in five months. So it was nothing about insulating him from anything. He wanted to hear from us, what our concerns were and what he could do to help us.”

This is bad. Really really bad.pic.twitter.com/VmsGaYmo0y

Check this out, per The Daily Wire:

During a conversation with his colleague Chris Cuomo about CNN airing Trump’s speeches, Lemon uses Hitler as an “extreme” example of someone that people should question when it comes to whether they should be given a platform.