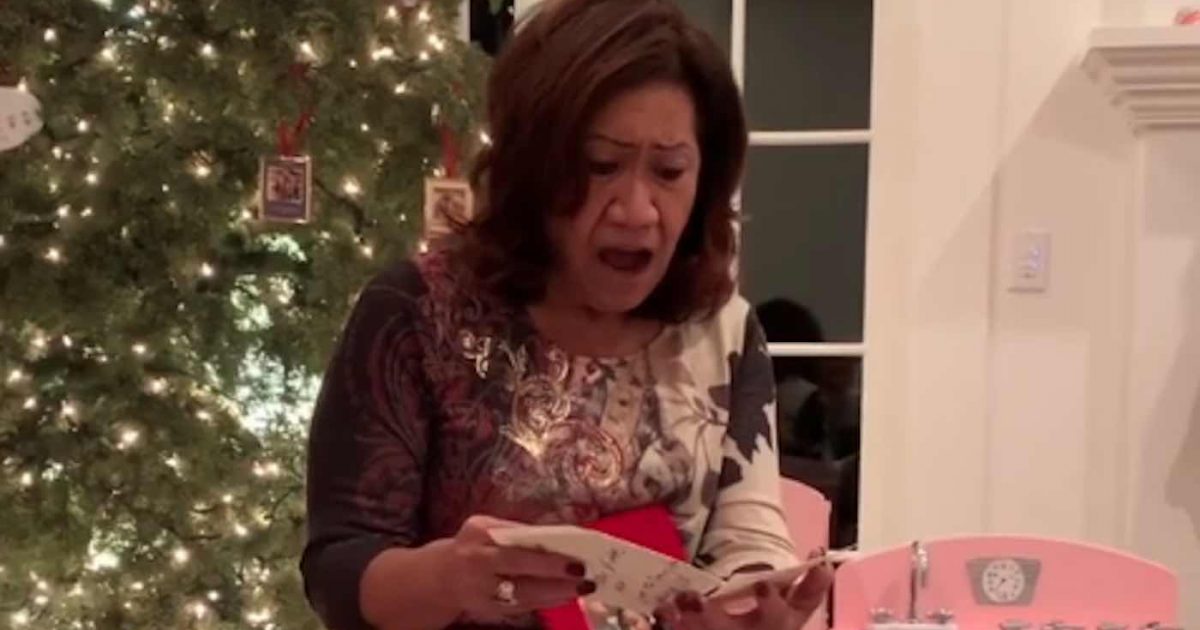 It’s not an uncommon dream to become immensely wealthy, and many people hold such a dream in their hearts with the hopes of being able to pay it forward, help the needy, or repay loved ones for their support over the years.

As one of Hollywood’s highest-paid actors, Dwayne “The Rock” Johnson certainly isn’t afraid to put his hard-earned wealth toward worthy causes, most notably his Dwayne Johnson ROCK foundation.

Over the holidays, though, Johnson’s benevolence reached someone quite a bit closer to home: his mom, Ata Maivia.

“All our lives growing up we lived in little apartments all across the country. Lived like gypsies on the road from one state to another,” Johnson explained in an Instagram post, setting the scene for an amazing act of kindness.

“The first home my parents ever lived in was the one I bought for them in 1999. They divorced about 5yrs later and as with life, stuff happens and things got a little complicated,” he continued.

Taking care of his parents with his tremendous earnings from his successful career in pro wrestling was a high priority, Johnson continued, saying, “I always made sure my mom and dad have everything they’ll ever need – houses, cars etc.”

This time, however, Johnson said his gift to his mother was a “special one and the timing is very meaningful.”

This one felt good. Surprise! Bought my mom a new home for Christmas. All our lives growing up we lived in little apartments all across the country. Lived like gypsies on the road from one state to another. The first home my parents ever lived in was the one I bought for them in 1999. They divorced about 5yrs later and as with life, stuff happens and things got a little complicated. Since then I always made sure my mom and dad have everything they’ll ever need – houses, cars etc. But the house this time is a special one and the timing is very meaningful. I told her to treat this card like it’s “Willy Wonka’s Golden Ticket” because she gets to choose any home she wants – anywhere she wants. I always say, if you got a good mama, then you gotta pretty good shot at becoming a decent human being. And somehow, somewhere along the line I became one lucky SOB to be able to make stuff like this happen. Merry Christmas Ma and WOOOHOOO enjoy your new home. Dwanta ????????

“I told her to treat this card like it’s ‘Willy Wonka’s Golden Ticket,’” Johnson explained in the video’s caption. Maivia tearfully reads the card, learning that the “ticket” can be used to purchase any home anywhere she chooses.

Johnson, a pure family man, gets up and gives his mother a bear hug as she thanks him for the incredible gift.

“I always say, if you got a good mama, then you gotta pretty good shot at becoming a decent human being,” Johnson told his Instagram followers in the heartfelt post. “And somehow, somewhere along the line I became one lucky SOB to be able to make stuff like this happen.”

WATCH: Golden Retriever Gets Adorable Gift for Christmas to Help Cope With Anxiety