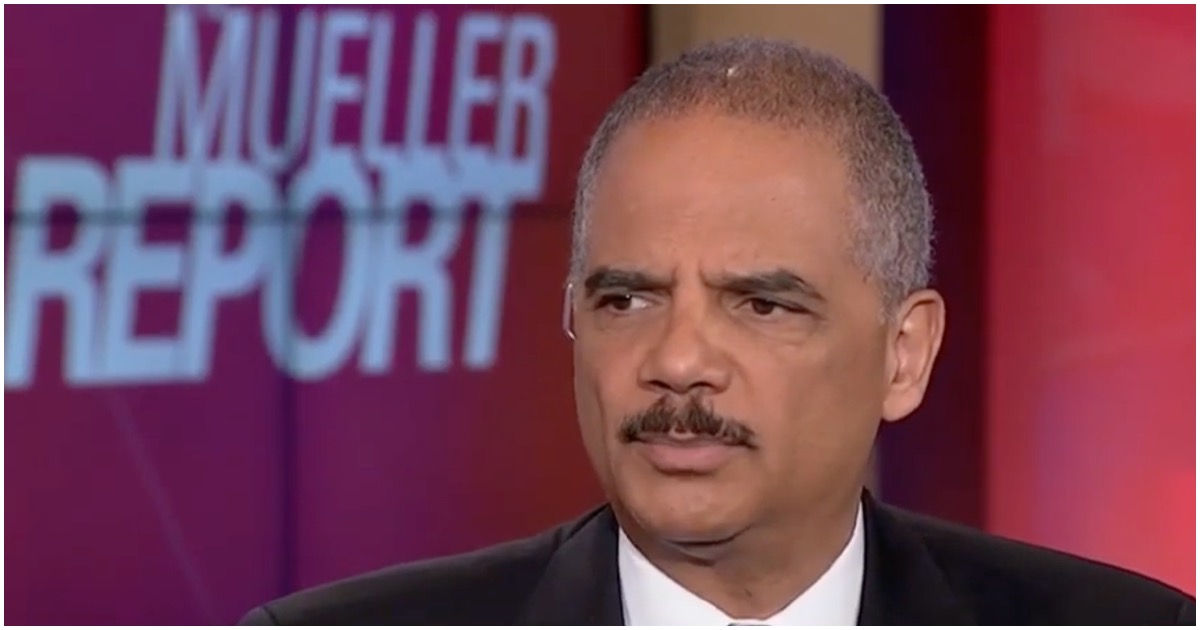 Democrats have made it clear for quite some time.

To say Democrats are patriotic is akin to claiming that Hillary Clinton is the rightful president of the United States – neither statement is true.

Former attorney general Eric Holder said that America has never been “great,” during a Wednesday night appearance on MSNBC’s The Beat.

Holder’s comment came in response to a question from host Ari Melber about how it was possible to call America a “leader as a democracy” during the 1800s when women and African-Americans could not vote.

“When I hear these things about ‘Let’s make America great again,’ I think to myself: ‘Exactly when did you think America was great?'” Holder said, in reference to the President Donald Trump’s slogan, which he used frequently at rallies and on merchandising during the 2016 presidential election.

Pretty disheartening, isn’t it? What’s even sadder is that Holder may run for president in 2020.

Of course, he, like every other liberal running to unseat Trump outside of Bernie Sanders and (potentially) Joe Biden, stand virtually no chance of earning the Democrat nomination.

Holder is the only cabinet-level member in American history to be held in contempt of Congress.

Eric wants to do away with the “undemocratic” electoral college.

A good reform measure to support. Change the Electoral College by having a state’s electoral votes go to the national popular vote winner – not the person who won the state. The candidate who gets the most votes – nationally – is elected. Real democracy.

A good reform measure to support. Change the Electoral College by having a state’s electoral votes go to the national popular vote winner – not the person who won the state. The candidate who gets the most votes – nationally – is elected. Real democracy. https://t.co/tPfNWdKQ46

The potential Democratic presidential candidate issued the tweet while linking to an article from The Washington Post that notes nearly a dozen traditionally blue states have passed legislation to circumvent the electoral college.

The push comes after President Trump won in 2016 by 77 electoral college votes, but lost the popular vote to Hillary Clinton by more than 2.8 million.

Holder is a good Democrat.

He doesn’t buck the party line. He does exactly what he’s told by the powers that be, or so it would seem.

If he does decide to run for president, you’d have to imagine that Trump would welcome it.

45 would constantly jab Holder for all his shortcomings while the nation’s top law enforcement official – of which there were plenty.