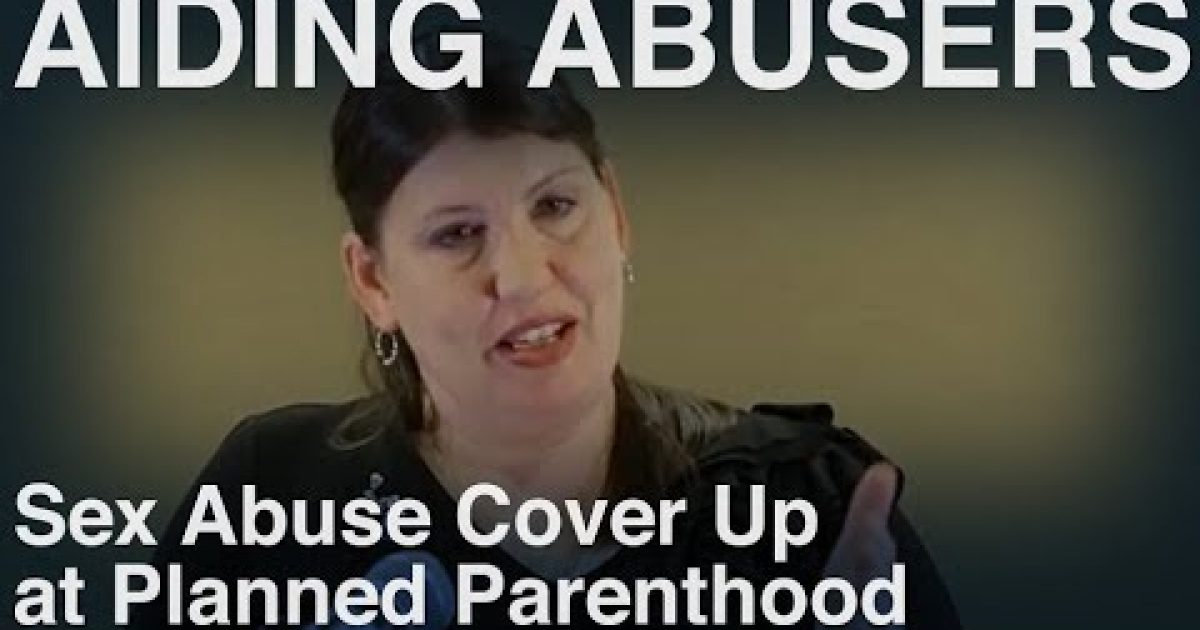 A new video from Live Action adds more evidence to a growing trend of allegations that Planned Parenthood facilities have been systematically avoiding filing the necessary reports in cases of abuse and even human trafficking  in their clinics.

In the video, three former Planned Parenthood employees share their accounts of how the abortion chain discouraged staff from reporting possible cases of sexual abuse victims.

Sue Thayer, who was a manager at the Planned Parenthood clinic in Storm Lake, Iowa, said employees were regularly told not to bother calling in cases of abuse:

“We were all required to be mandatory reporters, but, if we saw a case – questionable abuse or even for sure, I mean, this kid is being abused – we really were discouraged from calling it in, just because they didn’t want to have the trouble – the angry parent, the angry boyfriend, whatever it was. So, more than once I was told, ‘No, that is not reportable. You don’t need to call it in.’“

While Monica Cline, a former health educator who worked with Planned Parenthood in Texas and New Mexico, tells of ways staffers would avoid discovering a patient’s age so as not to be required to report statutory rape or human trafficking.

“[Planned Parenthood workers] adopted George Bush’s ‘Don’t ask, don’t tell’ [policy]… If we don’t ask how old her partner is, we don’t have to tell,” she says. “And so Planned Parenthood actually allows victims of human trafficking to continue to be victims of human trafficking. And they’re okay with that. I went back to my office and I told my supervisor, listen, I’m trying to teach them about key concepts on Title X; they’re admitting that they’re not going to report cases of statutory rape.”

Ramona Treviño, a former Planned Parenthood manager from Sherman, TX, explains that, after Planned Parenthood was caught aiding people posing as human traffickers in a sting, they claimed they would retrain their workers to be competent at detecting and reporting abuse and trafficking.

Instead, she says, they were apparently trained on how to not get caught again:

“I raised my hand and I said, ‘I’m confused, when are we going to actually begin the retraining? What can I do as a manager to take this information back to my staff and enforce policies and procedures that would help protect women who are experiencing either sex trafficking or sexual abuse in any way?’ [The trainer] immediately shot me down and she said, ‘We’re not here to talk about that, Ramona. We’re here to teach you how to identify if you’re being videotaped or recorded or entrapped in any way.”

Life News says that Planned Parenthood has a long history of abetting abusers, which they and Live Action have extensively documented. Planned Parenthood has been caught doing everything from failing to report a serial rapist to being willing to help those trafficking young teenagers to helping to cover up the sexual abuse of a minor.