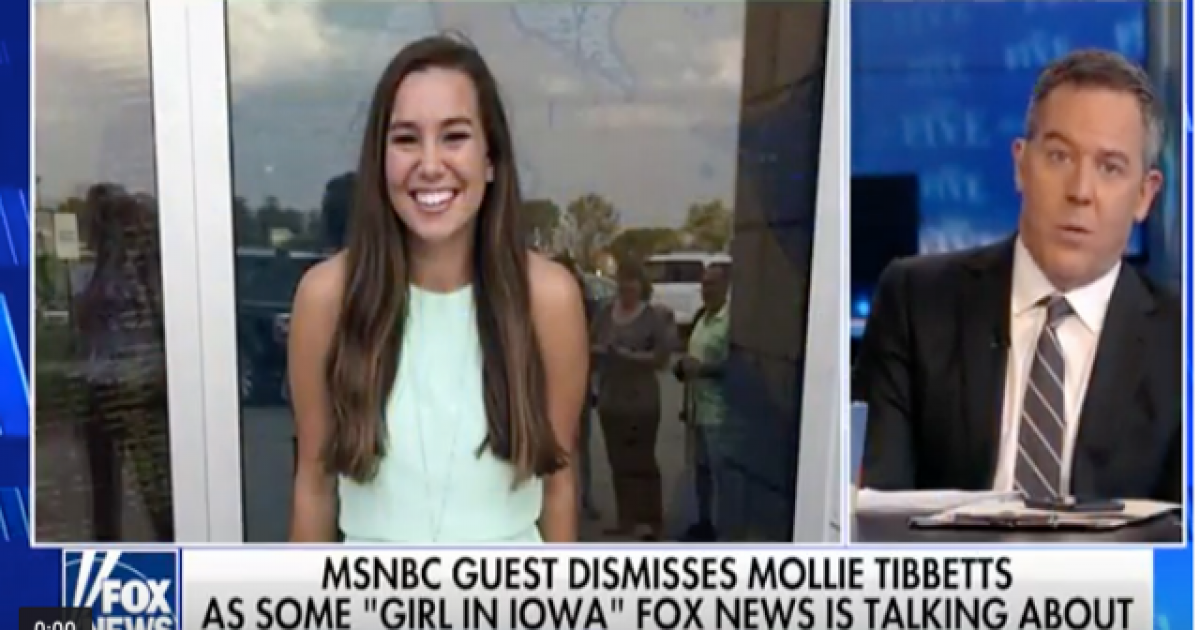 Fox News host Greg Gutfeld might be as close as we conservatives get to having our own Jon Stewart, but just because he’s a bit of a wiseacre doesn’t mean he doesn’t know how to throw down the gauntlet and get tough when it’s called for.

Which is precisely what Gutfeld did when he took the media to the woodshed over their horrendous treatment of the Mollie Tibbetts murder. Tibbetts was killed by an illegal immigrant, an inconvenient truth that has been driving leftist news outlets up the wall.

Gutfeld was responding to comments made by Christine Greer, who claimed that Fox News was ignoring the real news regarding Manafort and Cohen to talk about “some girl in Iowa” on MSNBC Tuesday.

“Right. A girl in Iowa,” Gutfeld said sarcastically, “A girl in Iowa murdered pales in importance when compared to tax evasion. If you talk about Mollie, you can’t talk about the things the media thinks is important. To the press, your sorrow has got to be political. The hush money among adults is more harmful to society than a brutal killing.”

Gutfeld continued, calling out the media’s “obsession” with Manafort and Cohen: “But for most Americans, we know a true victim when we see her. It ain’t the IRS or Stormy. We are smeared for thinking murder matters more than a bad 1040 — maybe we need to help the media find equivalencies. Let me ask you, how many Mollies is a Michael Cohen worth?”

Gutfeld couldn’t be more right on this. The murder of a young girl at the hands of an illegal immigrant who wouldn’t even be in this country if not for the failed policies of the left is a far superior issue to discuss than the garbage going down with Michael Cohen who is desperate for a little slice of the limelight.

This is a young life that’s been snuffed out, an incident that reveals the true danger of not securing the border and enforcing the immigration laws we already have on the books. It’s not something the left particularly wants to acknowledge because it reveals they are wrong on this issue.

So desperate to win elections and have power, these individuals are willing to slam an innocent victim and her grieving family, just to keep the focus on stories no one really cares about.