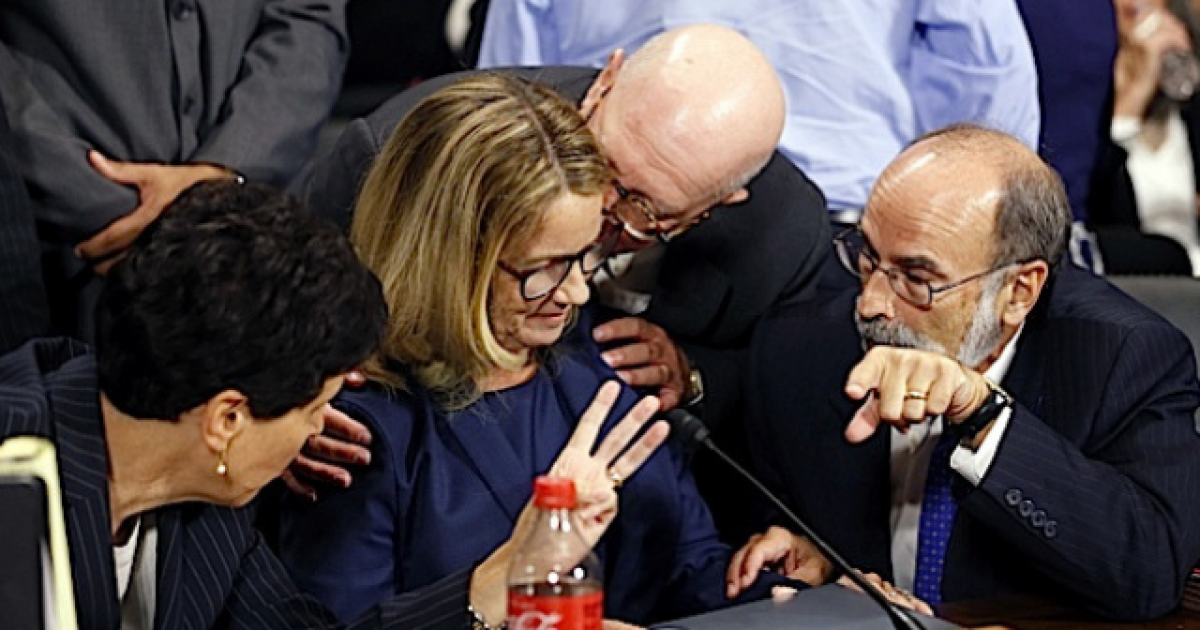 I don’t know about you, but over the last three days, I have breathed many a sigh of relief as it appears this nightmare SCOTUS confirmation may soon be over.

As Dr. Christine Ford’s story of the alleged assault began to unravel, the FBI, as expected, cleared Brett Kavanaugh of all wrongdoing.

Democrats are, naturally, calling for a new FBI investigation as they were naturally dissatisfied with this conclusion, despite calling for it for weeks.

Matt Walsh of the Daily Wire agrees there should be an investigation…this time, into Dr. Ford and her attorneys for what appears to be one of the biggest and most scandalous attempted political hitjobs of our nation’s history.

He lays out his case in four points:

1) Leland Keyser, the (former, I’m assuming) friend of Christine Ford who denied ever attending the party she described or even knowing Brett Kavanaugh at all, now reports that she was pressured to change, or “revisit,” her testimony. Who allegedly did the pressuring? None other than Monica McLean, the retired FBI agent and friend of Ford who, according to Ford’s ex-boyfriend, had been coached by Ford on how to pass a lie detector test. When the ex-boyfriend initially told that story, it was assumed that McLean was just a random friend. Now we find out that she has been deeply involved this whole time.

2) Christine Ford has refused to turn over her therapy notes or any of the documentation from her polygraph test. If she is telling the truth, these materials would be enormously important evidence in her favor. If she is not telling the truth, these materials might destroy her case and, at a minimum, open her up to perjury charges. The fact that she will not turn over the evidence seems to indicate that it falls into the latter category, not the former.

3) There is still a lot of confusion surrounding the way in which these allegations were first reported and then made public. Democrats knew about Ford for several weeks yet kept it secret. What were they doing in the meantime? Why did they wait so long? How much communication was there between Ford and Democrats? What was the content of that communication? The secrecy is suspicious and should be explored by federal investigators.

4) Chuck Grassley sent a letter to Ford’s attorney last night, asking for the third time that any relevant documents be turned over. The last paragraph of his letter is very interesting:

I urge you once again, now for the third time in writing, to turn over the therapy notes, polygraph materials, and communications with The Washington Post that Dr. Ford has relied upon as evidence. In addition to the evidence I requested in my October 2 letter, in light of recently uncovered information, please turn over records and descriptions of direct or indirect communications between Dr. Ford or her representatives and any of the following: (1) U.S. Senators or their staffs, particularly the offices of Senators Feinstein and Hirono, other than your communications with me and my staff in preparation for the September 27 hearings; (2) the alleged witnesses identified by Dr. Ford (Leland Keyser, Mark Judge, and Patrick “P.J.” Smyth); and (3) Debbie Ramirez, Julie Swetnick, or their representatives.

It is not just that Dr. Ford’s story was full of holes. It’s that there appears to have been a coordinated effort to not only obscure aspects of her story, but alter key statements that did not work in her favor, in the case of Leland Keyser.

And the American public, as well as the Senate Judiciary Committee, deserve to know the truth about possible communication between Dr. Ford’s team and the other alleged victims.

We can’t just brush this scandal under the rug because Kavanaugh will likely be confirmed.

What he, his family, and the American voters were just subject to is no small matter. We also deserve an investigation into the woman who apparently attempted to stop the President we elected from exercising his constitutional right to appoint a judge that would represent the interests of the people.

If Kavanaugh is not at fault here…someone is.

Sarah Palin to Lisa Murkowski: “I Can See 2022 From My House.” Here’s What She Meant.