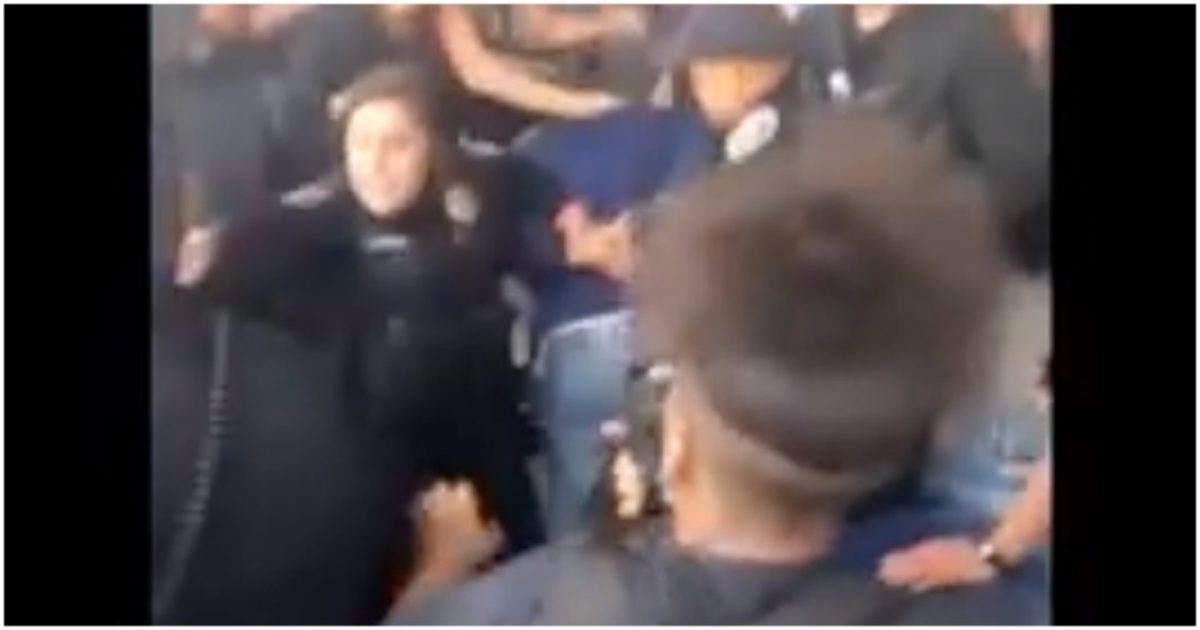 Police officers are shown zero respect nowadays by younger people thanks to a certain political party.

Here’s a mob of high schoolers going after cops for detaining their fellow student, from MyFox8 via Right Scoop:

A California high school was on lockdown Friday afternoon after an all-out brawl ensued between students, teachers and police. The incident was caught on video.

It happened at Bear Creek High School in Stockton at about 10:45 a.m., prompting the Lodi Unified School District to place the school on lockdown for close to 90 minutes.

A former student said fights were common at the school, but after seeing the video of the incident – that began with a single student fighting with a staff member – everybody agreed the situation was extreme.

Another officer was merely trying to do his job when he was kicked in the head by a student.