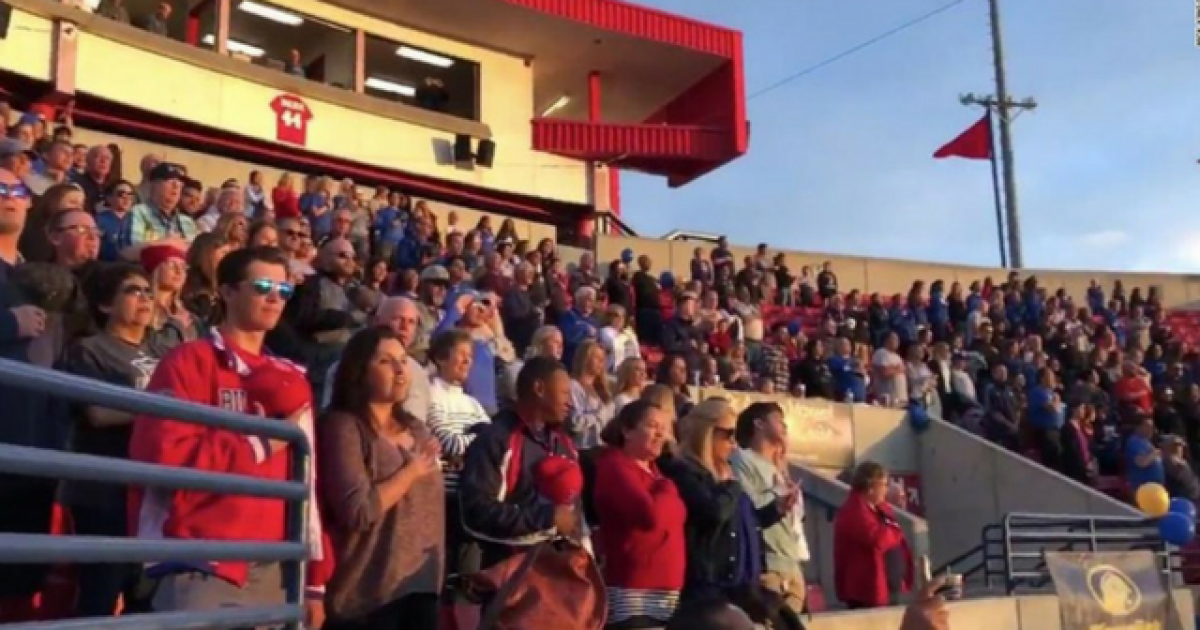 We have reached a stunning new level of anti-Americanism in this country when a high school softball game opts to skip the National Anthem rather than risk offending.

Well, spectators at a California softball game, despite living in what is easily the most anti-American state in the Union, were not pleased when an announcer informed them there would be no anthem.

The Fresno Bee reports that during a Friday game between Clovis High and Buchannan High in the Central Section championship, the crowd was informed “There will be no anthem, let’s just play softball.”

Well, says The Daily Wire, “that didn’t go over so well with the crowd, especially on the Memorial Day holiday weekend, when Americans pay homage to all the soldiers who have fought and died to keep the United States free.”

So, clearly in no need of formalities to pay homage to this great nation and the sacrifices of those who have served, the crowd simply proceeded with the National Anthem anyway.

Clovis and Buchanan softball about to play for D-I title, but before that, it was announced there will be no national anthem. There were boos and the crowd did this … pic.twitter.com/M1w6yDzuTN

“Fan Tiffany Marquez said she was ‘shocked’ when the announcer said they weren’t going to play it,” the Daily Mail reports. “Within seconds, you could hear people in the crowd singing and the volume of their voices building. There I was, standing in the middle of a true testament to unity and patriotism.”

Bob Kayajanian of the Central Section told the Fresno Bee canceling the anthem had clearly been a mistake.

This is exactly why the NFL suffered for two seasons while their wealthy players disrespected the anthem and the flag in a misguided form of protest. Americans, largely, love their country and want to express it, and sports is one of the things that brings us all together, regardless of race, religion, country of origin, or political ideology.

How we handle our differences is what makes us American, and it’s great to see that even in California, proud Americans still go out of their way to stand to honor the flag of this great nation.

David Hogg Bullied Publix, Who Caved to the Pressure, Now the Free Market is Delivering a Powerful Response