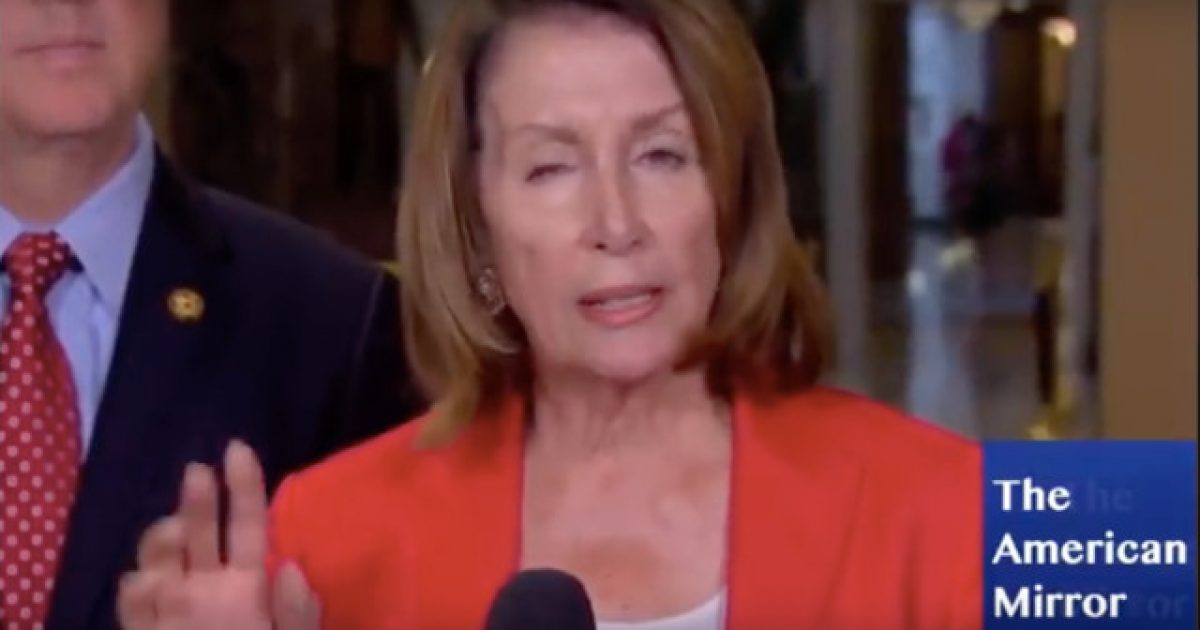 A hilarious new video is making its rounds across the Internet featuring House Minority Leader Nancy Pelosi seemingly having facial spasms each and every time she attempts to spit out the word “Constitution.”

This is proof that liberals truly are allergic to freedom and liberty and to any document that seeks to preserve these principles for future generations.

This is too funny.

“It’s a danger this president is propo— uh, putting forth,” she said seconds later. One sentence later, she suffered a brain freeze before saying “intelligence.”

Talking about how Trump failed compared to other summits in Helsinki, Pelosi said a previous meeting “was about economy in eastern— in, uh, in, in, in Europe…”

The House Speaker wannabe suffered another brain freeze during her short remarks again as she attacked Trump.

“The urgency of us acting in a bi-partisan way to say to the president…” she said before stopping and staring at reporters, before continuing by using John McCain to slam Trump.

The Constitution is truly a work of genius and is one of the finest governing documents to ever be produced by the hands of mankind. The reason it works so well is that it takes many of its cues from biblical law, which seeks to limit the intrusion of government in the lives of citizens and encourages folks to be self-governing under the authority of Jesus Christ.

Our founders rightly noted that liberty is only for those who are a moral and upright people. Part of the reason people like Pelosi have been so successful in stripping us of our liberty is because we have lost our way as a culture.

Here’s to hoping we find our way back.

Fox News Host Bret Baier Getting Slammed by Viewers, Check Out His Response