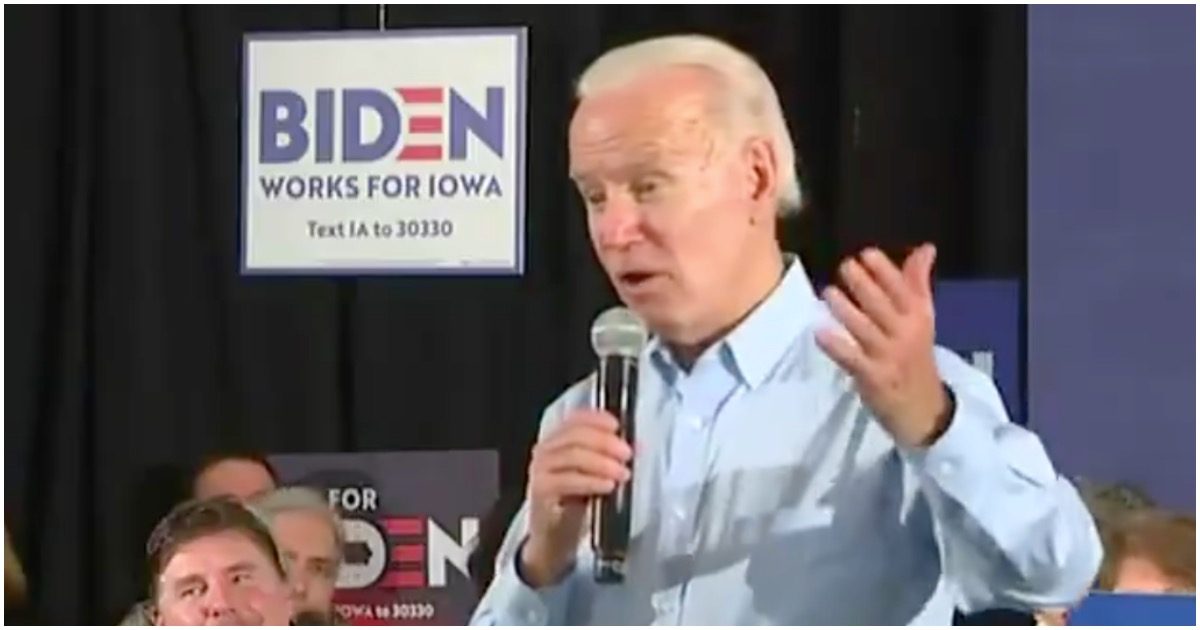 Even for Joe Biden, a man known for making outlandish statements with no basis in reality, this proposal is quite something. Imagine sending $20 billion to a foreign country to have them not lift a finger.

This is how nutty the left has become. From USA Today:

WASHINGTON – A voter asked former Vice President Joe Biden a blunt question during an event in Nevada: “What the hell is going on with your campaign?”

In Marion, Iowa, @JoeBiden suggests the U.S. should lead an effort to pay countries to not cut down their trees:

Good grief. @TheDemocrats including Biden do not have a sane relationship with money

And so it was that the Dept of Trees and Shrubs was born. Followed closely by the Division of Sweat Reclamation and the 30 second rule of food dropped on the floor was extended by the FDA to 2 minutes.

Thanks Joe! We couldnt have fkd ourselves any better had you not come along.

Hunter wants a job in Brazil.

OMG free education & free healthcare to illegal & free money to other countries for trees. Does it ever stop with these people? Let me know when one of the candidates offer something that doesn't cost American citizens more in taxes for other countries & their citizens

Perhaps we need to have that same "money doesn't grow on trees" conversation with the Democrats, that we have with our kids.

Great idea, Joe. Give money to countries who will line up to take the money to fatten their Swiss bank accounts while kids in OUR inner cities may not have a tree in their neighborhood. Aid for citizens first.

So you’re goal is to commit to spending taxpayer money on literally anything without so much as a payback period, to try and get voters from Bernie? Just stop, Joe. You blew it.

I’d like to see @Biden pass the hat for this idea! How many rallies would it take to collect $20 billion from his supporters?

Tell you what Joe – I won't cut down the trees on my property if you give me just $1 million dollars. What a great deal! You're such a genius. Thanks for telling us all your brilliant ideas.

This only sounds like a good idea if you’re an idiot who spends their entire life inside a city and doesn’t know trees are growing 33% faster than we can cut them down. This is what happens when you think Ferngully and the Lorax are documentaries.

Is he going to withhold the $20 billion if they don’t stop cutting? That’s bribery!

The American people want to work. They want to earn their paychecks to feel as though they are contributing.

So, when far-left candidates propose eliminating jobs – for pretty much any reason – it doesn’t sit well, nor should it.

Biden, apparently, doesn’t understand this. The fact that the economy is thriving means next to nothing to him and it’s pretty sad.

To talk of eliminating hundreds of thousands of jobs because the AOC’s of the nation think they know what’s best is downright pathetic.