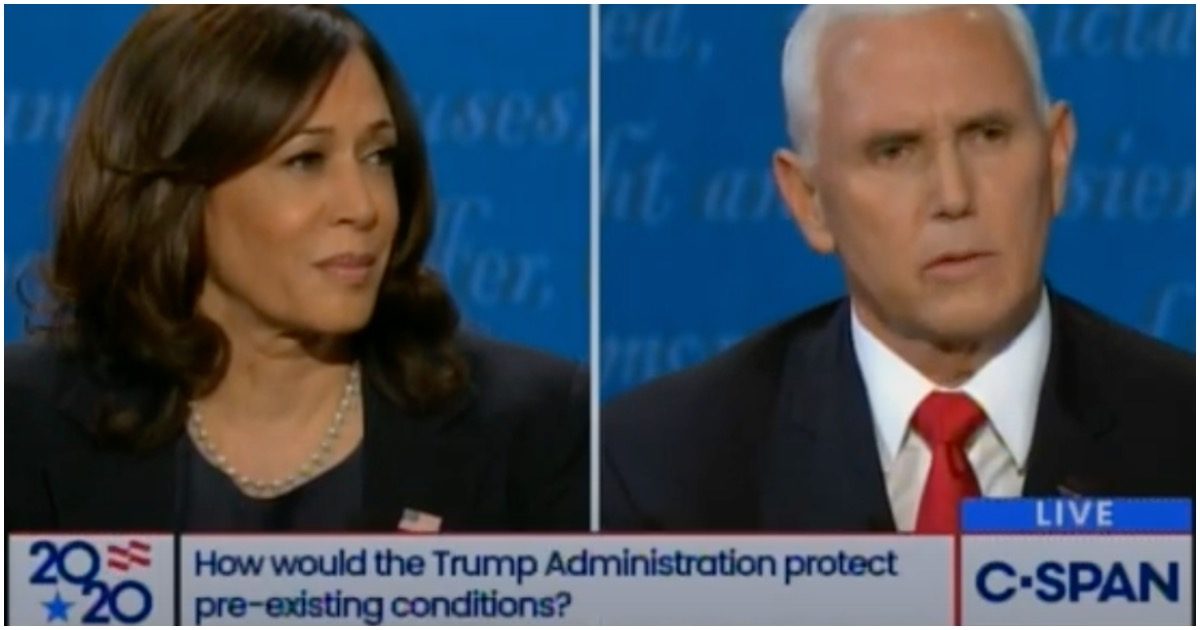 Kamala was out of her league, yet never without that smug look on her face; her condemnation for a good Christian man like Pence brazenly apparent.

As one might expect, she refused to answer if Joe Biden would pack the Supreme Court.

Sen. Kamala Harris: "Let's talk about packing the Court then."

Pence absolutely drops a MOAB on Kamala Harris's support for the Green New Deal and how it would decimate the economy.

What's been a great debate for the Vice President got even better with that answer. #VPDebate pic.twitter.com/BF4s3BGpZV

Here are some reactions from far-left Hollywood radicals…

#mikepence is a mealymouthed loyalist. This administration did nothing to help people get through this pandemic, NOTHING. He should hang his head in shame. I hope this follows him forever.

"They have forfeited their right to re-election." YUP. #VPDebate

Pence lies with a smile. He's a disgrace.

Ken Bone, the red sweater-wearing man who went viral after asking a question in 2016 during a Donald Trump–Hillary Clinton presidential debate, has announced his latest endorsement in the 2020 presidential race.

I voted Clinton in '16 and this morning I sealed my mail in ballot having voted for Jo Jorgensen.

I don't agree with either of them 100% but felt they were the best options available to me at the time.

Rumor: Biden May Be Under Investigation for Role In Ukraine & Russia Scandals (Details)