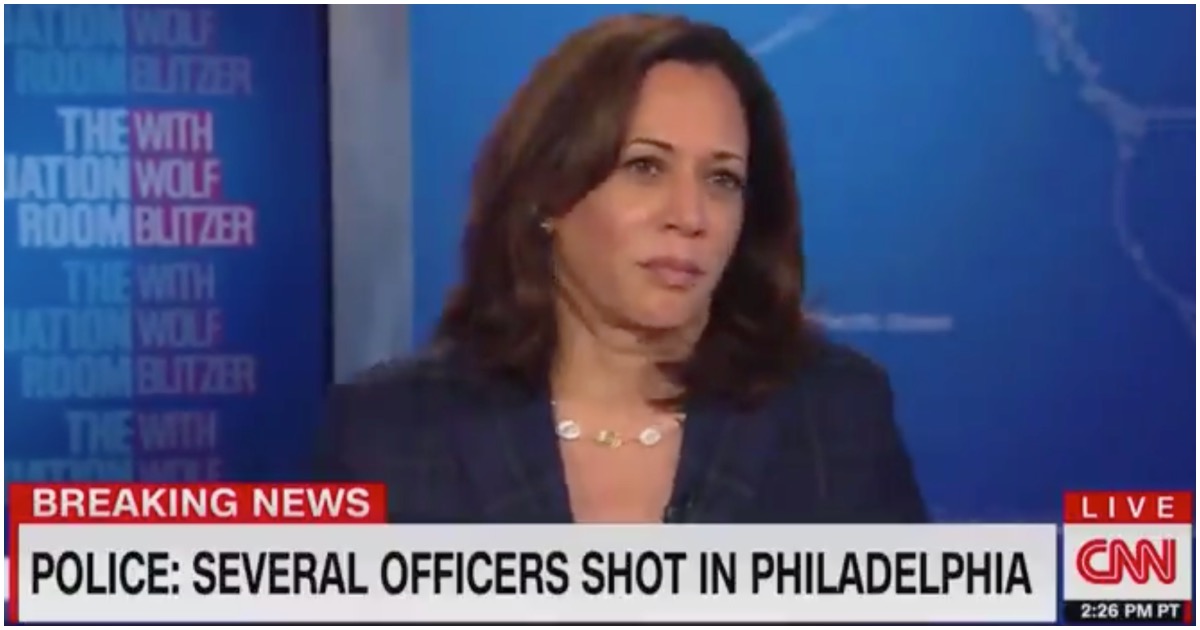 She was talking about the shooting in Philadelphia on Wednesday, where six officers were shot.

She was talking about her gun control policies DURING the shooting!

.@KamalaHarris suggests her 2020 gun-control policies would have stopped the anti-police mass shooting in Philly. pic.twitter.com/72Rl8dhfde

Harris, like every other liberal running for president, is a hypocrite.

As she seeks to end the “gender pay gap” – a myth as big as climate change – Kamala fails to recognize that women on her own staff earn less than men.

Don’t you see the problem there, Senator?

On Monday, the Daily Wire’s Ashe Schow reported that Sen. Kamala Harris (D-CA) had unveiled a plan to punish companies that paid women less than men — a misguided effort to close the so-called “gender wage gap” that Harris claims is the result of widespread discrimination against and oppression of women.

It turns out, though, if Harris is going to start fining CEOs and company leadership for failing to pay men and women equally, she’s going to have to start with herself.

While on CNN, Harris said every person in America – whether documented or not – should be given healthcare.