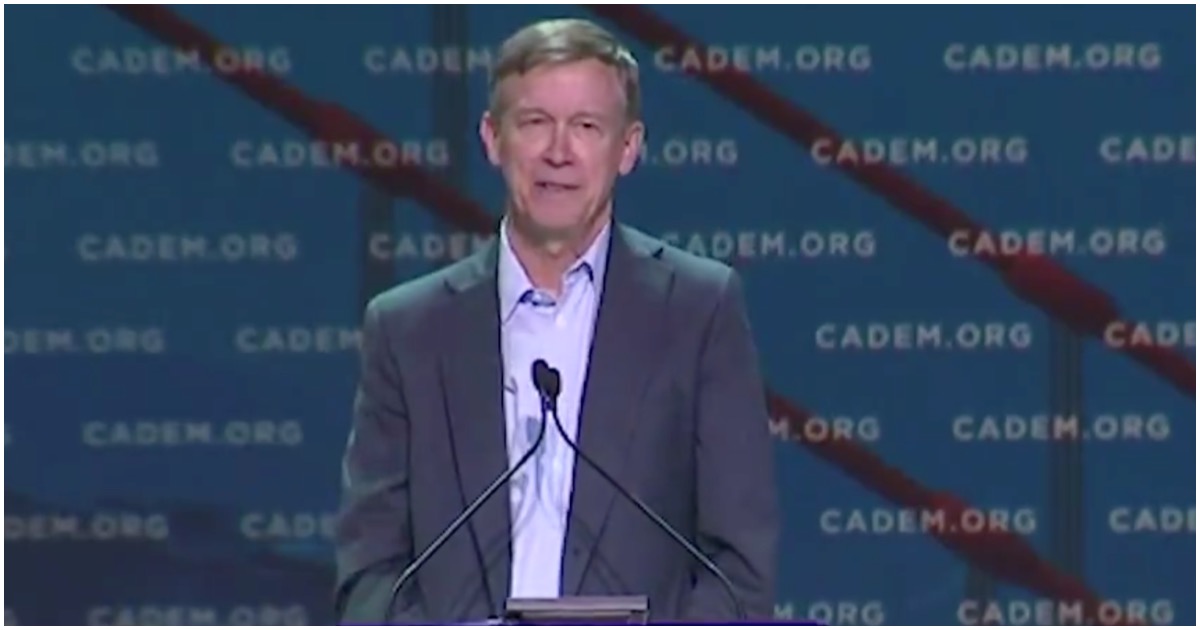 A Democrat running for president in 2020 doesn’t think socialism is in America’s best interest?

Hmm. This is odd.

Then again, with so many of them running you have to say something wild to get any attention from the press.

“Socialism is not the answer”

“Socialism is not the answer”

If anybody not named Bernie Sanders or Joe Biden walks away with the Democrat nomination for president, it will be a major surprise.

Hickenlooper is also running in 2020.

More from the NAN conference, per CBS News:

A number of 2020 Democratic presidential candidates are set to speak at Rev. Al Sharpton’s National Action Network convention as they compete to reach black voters, a critical demographic in the upcoming primary elections. Sharpton’s convention has garnered prominent guests in the past, such as President Barack Obama, Sen. Bernie Sanders and House Speaker Nancy Pelosi.

Stacey Abrams, who narrowly lost the gubernatorial race in Georgia last year and is currently mulling a presidential bid, is also speaking Wednesday afternoon. On Thursday, Rep. John Delaney and South Bend Mayor Pete Buttigieg are speaking at the convention.

Race-baiting Reverend Al Sharpton has made a lot of money over the decades.

He decided to pocket another $531,000 by selling the rights to his life story.