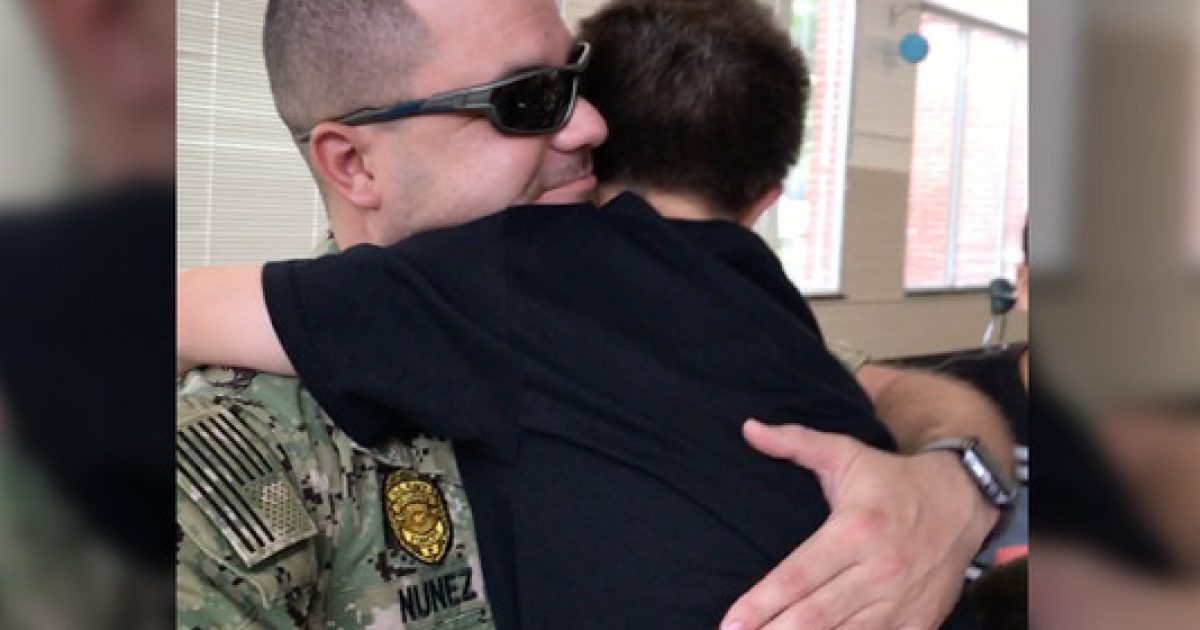 We are so grateful for our men and women in uniform, who are willing to sacrifice all the comforts of home to serve our nation overseas.

Undoubtedly, the sacrifice they make is the agonizingly long deployments they spend separated from their families, something that young children often struggle to understand and cope with.

Parents are their children’s entire world, so to be separated from a father or mother for such a long stretch of time can surely be a challenge for a little one.

Of course, even for the youngest child, he can always let his yearning to see his parent again soon be made to God, which one little Naval son recently spent his father’s deployment doing.

What a blessing it must have been when his mother told him that God had heard his prayers!

After finally being allowed to return home from military service overseas, Navy E-6 MA1 Jose Nunez planned a heartwarming homecoming surprise for his sons, whom he hadn’t seen in a year, at their school.

When the big day finally came, Nunez’s 7-year-old, Jean-Paul, was in a hallway with classmates. “Papi, do you remember everything we’ve been praying for lately?” his mother, Ximena Nunez asked.

Boys get the homecoming they prayed for

These two boys prayed for their papa to come home from deployment. “God listened!”

Posted by Democrat and Chronicle on Thursday, 18 October 2018

Toronto Children’s Hospital Set to Begin Assisted Suicide for Children. It Gets Worse.

President Donald Trump has signaled that he is going to step back from threats he’s made concerning the deployment of...