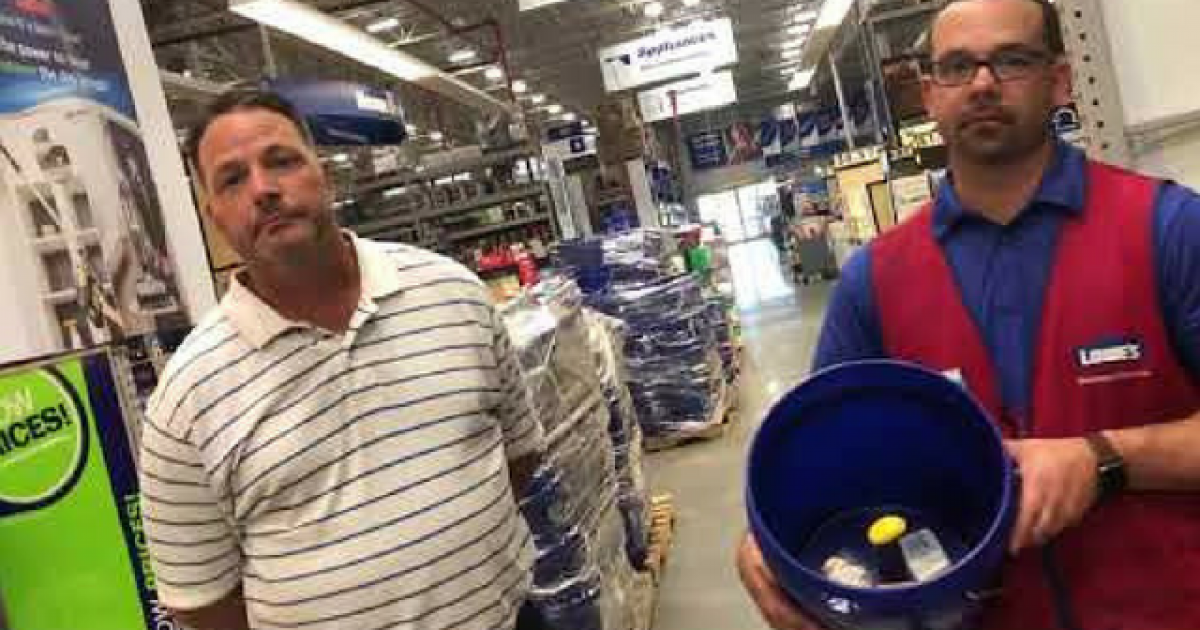 So…this isn’t actually the worst plan in the world, but until we’re actually discussing making schools harder targets instead of the deathtrap “gun free zone” soft target they are today, any measure of security for a classroom is most likely going to be…forgive me, but…a bandaid on a bullet wound.

A school district in Massachuttes has spent the summer putting together buckets for teachers to better lock down a classroom in the event of a school shooting, and they’re…kind of helpful.

A school district in Massachusetts thinks it has found one solution to the problem of school shootings: equip every schoolroom with a 5-gallon blue bucket containing a wooden doorstop, a 1-pound hammer, a 50-foot length of rope and a roll of duct tape.

The Brockton, Massachusetts mayor’s office worked over the summer with the Lowe’s location at the Westgate Mall to assemble over 1,080 buckets this summer that will equip district classrooms this fall, according to Deputy Superintendent Mike Thomas. Thomas stated, “If something bad happens, you have to think quickly on your feet. Teachers can’t be running around the room looking for cords, or looking for something to smash a window. Now they know exactly where everything is.”

Mayor Bill Carpenter echoed, “It is without a doubt that these coordinated efforts will assist in the efforts to strengthen existing safety initiatives and ensure Brockton Public Schools continues to be a safe learning environment.”

Lowe’s store manager Chad Gaucher added, “There’s no better way to give back than to the kids of the future.” Lowe’s offered the buckets at a wholesale price, roughly $11 each.

Thomas told WCVB 5, “You can actually put the wedge under the door, bang it underneath … it just provides for an extra barrier for the door, and it’s harder to open the door. … The way we train our teachers, if there is an intruder in the building it is either hide, run, or fight. You could actually break the window if you are on the first floor, get all the kids out that way.” He added that the rope could be used to help secure the door.

I will give them this–one of the biggest criticisms of school safety measures at Marjorie Stoneman Douglass was that students were told to exit classrooms, which it was later discovered was the opposite advice offered by a security expert who had previously consulted with school administrators.

Locking down a classroom is a more effective safety measure to keep students safe in the event of a shooting. There is no one single thing someone can do to make a school safer, and this won’t hurt.

But this absolutely must be coupled with the placement of an armed school resource officer on sight, secured entrances and exits, and for the love of all things holy, allowing legally concealed weapons carried by law-abiding responsible gun owners on campus.

OOPS: Dems New Socialist Hero in Florida May Be Under Investigation By the FBI