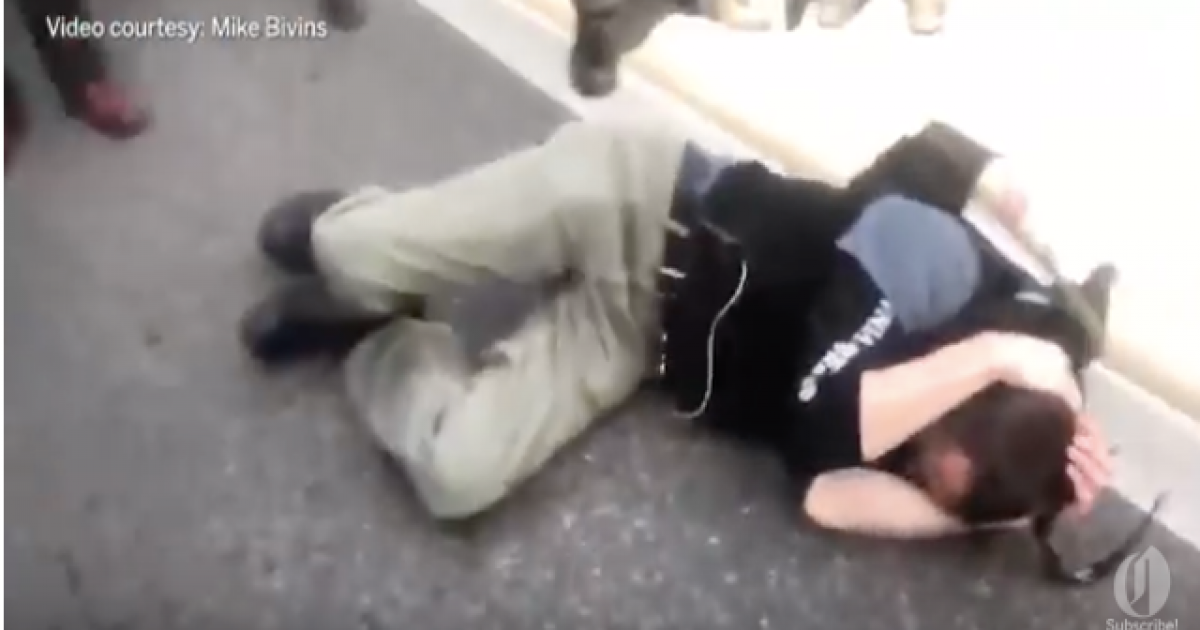 Paul Welch decided to express his political leanings by joining in a protest on August 4th, desiring to be surrounded by like-minded folks who shared not only his beliefs, but a passion for the betterment of his country.

He arrived at the protest clutching his American flag, moving in and out of the protesters who were a lot like him.

And that’s when things took a bad turn. A really, really, bad turn.

Soon a group of black-clad anti-fascist protesters, also known as antifa, demanded he lose the flag, calling it a fascist symbol. Welch refused, and a tug-of-war ensued.

It ended with Welch taking a club to the back of the head, lying on the ground in a pool of his own blood.

Only Welch was not a Proud Boy, a Patriot Prayer supporter or among the other conservative activists who descended into the area that day, many from out of town.

He was one of hundreds of progressive Portlanders who had turned out to oppose the right-wing rally held at the Tom McCall Waterfront Park.

“I had felt like showing that a liberal, free Portland — or any major city, really — is much more American and much more numerous and strong than any of these interloping groups,” he said.

A “slightly progressive leftist” by his telling, Welch is a registered Democrat in Oregon, voting records show. He cast his ballot for Bernie Sanders in the 2016 presidential primary and Hillary Clinton in the general election, he said.

The 38-year-old line cook is also no stranger to street protests in Portland. He said he attended the Women’s March held during the weekend of Donald Trump’s inauguration.

Antifa has worked very hard to develop a reputation for being a radical left-wing group bent on bringing about political change through acts of violence. In other words, whether the government acknowledges it or not, this is a terrorist group, home grown in the United States.

If these folks want their cause to be taken seriously, perhaps they ought to consider not pummeling people with their fists simply for holding to a different political ideology than they do. Just a thought.