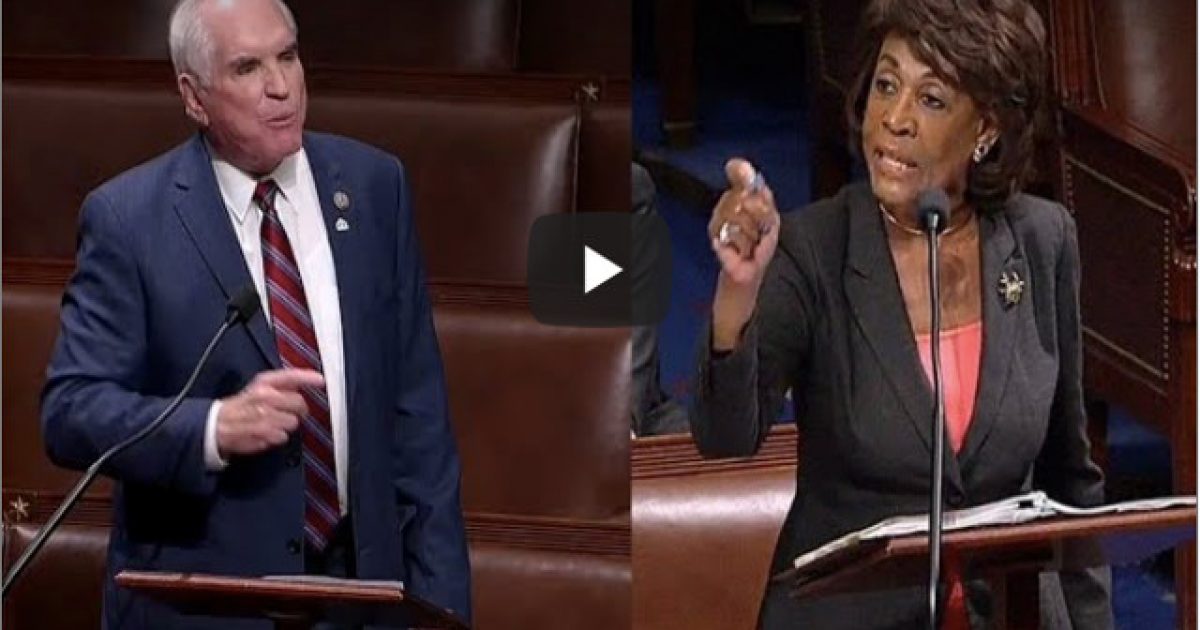 Rep. Maxine Waters isn’t exactly known as being a voice of calm reason, what with her melodramatic calls for Trump’s impeachment and assorted other tomfoolery.

However, the recent shouting match she got into on the House floor with GOP Rep. Mike Kelly is not only completely crazy, it exposes everything wrong with politics in modern society.

Apparently the pair got into a knock-down-drag-out over which one of them was the most offended.

“I am more offended as an African-American woman than you will ever be,” said the perpetually offended Waters.

The war of words took place during a House Financial Services committee meeting where the issue up for debate concerned overturning a piece of Obama-era legislation that prohibits auto dealers from engaging in discriminatory practices, whatever that means.

Kelly then questioned the Democratic Party’s divisive racial narrative while defending the auto industry, a move that sent Waters spiraling into madness.

“We’re trying to make America great every day and every way and the best way to do that is to stop talking about discrimination and start talking about the nation,” Kelly said on the House floor. “We’re coming together as a people in spite of what you say.”

The California Democrat obsessed with impeaching President Donald Trump got in the prerequisite smack at the president: “And this business about making America great again, it is your president that is dividing this country.”

“No, I will not yield!” the grandstanding congresswoman spewed when asked to yield the floor.

“Don’t you dare talk to me like that,” she told Kelly, “and think that somehow women don’t understand what goes on the floors of automobile dealers.”

As if that wasn’t enough, Waters again got into it, only this time it was Rep. Tom McClintock from California after reminding her that she is to address the chair, not individuals members.

Only in Congress in the 21st century will people fight over who is more offended by racial discrimination. Good grief.

North Korean Hostage Hands VP Pence a Note, What Was on it is Powerful