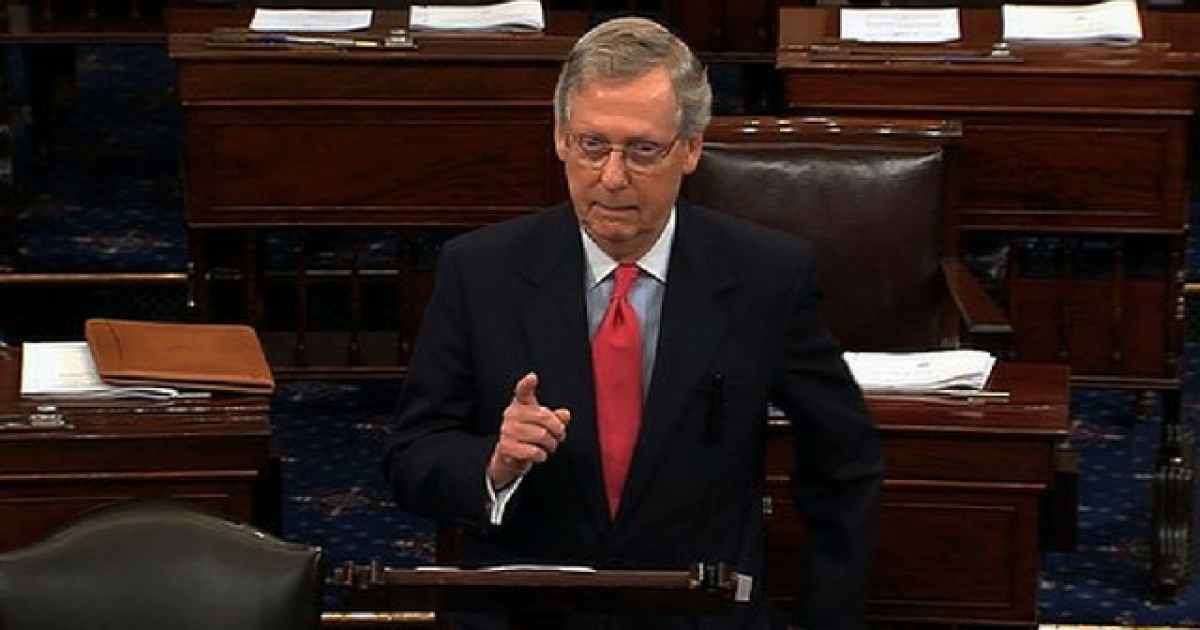 Ever since Justice Kennedy announced his retirement from the Supreme Court, the Democrats have been falling apart at the seams.

And we’re not just talking about the dramatic SJWs on Twitter lamenting the loss of their precious Roe v. Wade or the women who think the country will now be “literally The Handmaid’s Tale.”

We’re talking about prominent Democratic leadership. But who can tell the difference anymore?

Mitch McConnell seems to agree, and he made no effort to hide his feelings on the Senate floor yesterday prior to Trump’s announcement of his SCOTUS pick, saying Democrats had gotten so dramatic that it was “hard to keep a straight face.”

The Kentucky Republican took a shot at Sen. Bob Casey (D-PA), without naming him, for putting out a press release saying that he would not support whomever the president selected, the Free Beacon reported.

“It’s hard to keep a straight face when you hear stuff like that,” McConnell said. “There’s not even a nominee yet. Justice Kennedy just announced his retirement, and they’re talking about the destruction of the Constitution? Please, give the American people some credit.”

“This far-left rhetoric comes out every single time, but the Apocalypse never comes,” McConnell continued. “Americans see beyond this kind of far-left mongering. This kind of fear-mongering they tried over and over again for 40 years.”

“Senators should do the same,” McConnell said. “We should evaluate this president’s nominee fairly, based on his or her qualifications.”

There is a simple reason the Democrats are upset while Republicans are largely calm, and it’s not just because a Republican president nominated Kennedy’s replacement.

All they needed to hear was that Trump was going to appoint an originalist, and they were shaken to the core. That speaks volumes about the current state of the Democrat party, and certainly gives us a chance to once again give a sigh of relief that Hillary Clinton is not the one nominating Supreme Court Justices.

Take it away, Mitch: