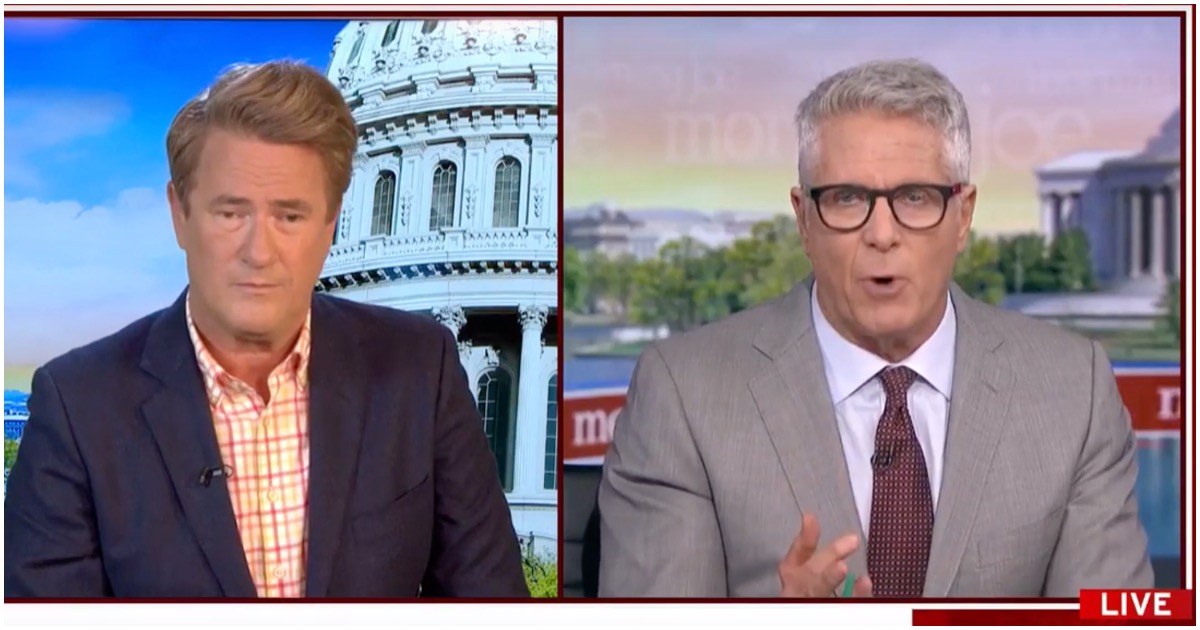 Another day, another MSNBC host saying something silly.

The worst part is that this guy is serious.

When he says liberals won’t “play fair” when it comes to President Trump, he’s not kidding.

Deutsch appeared on MSNBC’s Morning Joe, where he discussed some of the 2020 strategies he believes Democrats should follow to defeat Trump and send him to jail. After co-host Joe Scarborough went on a rant against Senate Majority Leader Mitch McConnell (R., Ky.), dubbing him “Moscow Mitch,” Deutsch praised Scarborough.

Deutsch said, “What you said in a couple minutes yesterday to me is the most important thing that’s ever been said on this show or on any show on this air and that we are at war. It is time for the Democrats to wake up. We are playing against cheaters and liars or stealers.”

He added, “We may not have won the battle of impeachment, but we’re going to win the war of putting him in jail whatever we have to do and we’re not going to necessarily play fair. For all the intellectuals out there whose hair is going to go on fire, ‘But we’re becoming like them. We’re becoming like them,’ we cannot lose the next election. We will go back 50 years.”

Ocasio-Cortez Blows A Gasket After GOP Rep. Calls Her By Her Own Nickname — NO JOKE