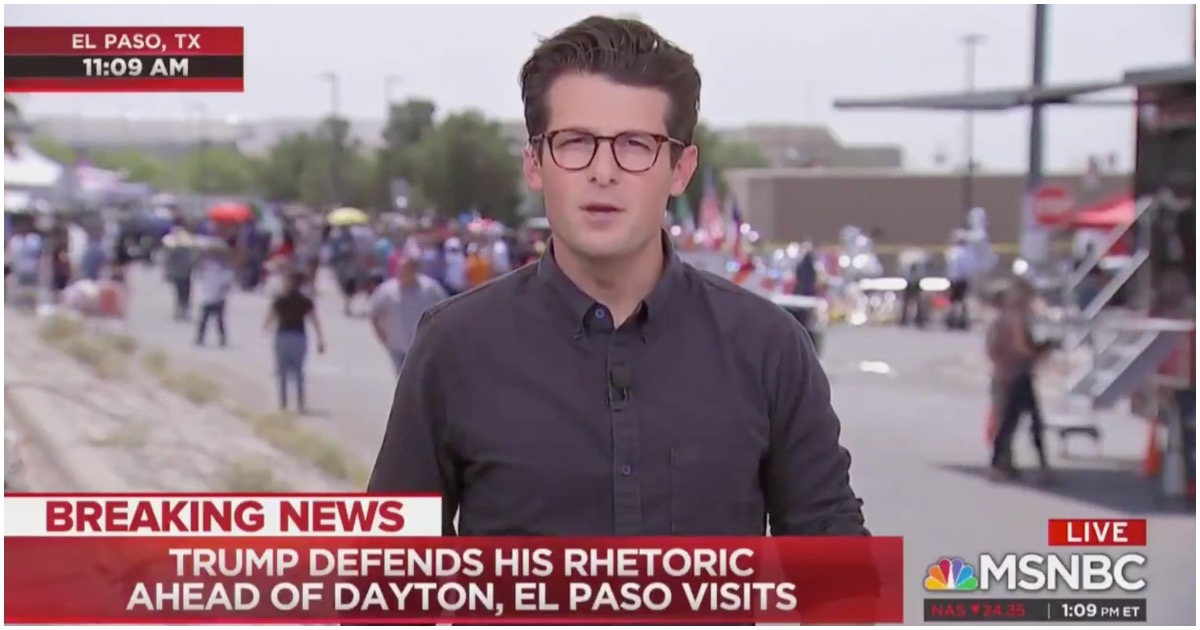 It’s kind of great to see the mainstream media still in awe of how much the American people love what President Trump is doing for the country.

In light of two recent mass shootings in El Paso, Texas and Dayton, Ohio, Trump did the right thing and went to visit with the communities who have been so greatly affected.

MSNBC can’t believe how “positive” the president’s visit truly was.

Americans understand what the media does not!

Americans understand what the media does not!

.@BetoORourke just told me he thinks @realDonaldTrump is a white supremacist. pic.twitter.com/8PqvycBDWh

The far-left network isn’t trying to hide their bias.

They never were, really.

But for host Nicole Wallace to openly ask 2020 Democrat contender Beto O’Rourke what her network can do to help him succeed is kind of…I don’t know…weird?

Former Rep. Beto O’Rourke (D., Texas) has seen his polls decline and his once adoring media coverage disappear since joining the 2020 presidential field, but he found a sympathetic face on Friday: MSNBC host Nicolle Wallace.

Wallace, a former Republican who’s perhaps the network’s most fanatic opponent of the Trump White House, has long been an admirer of O’Rourke, calling him an “all-star” last year and saying his upstart 2018 Texas Senate campaign was “one of the best stories.” O’Rourke lost.

In a gushing interview on her daytime program Deadline: White House, Wallace criticized the “snarky” national press for dragging O’Rourke, asked him what the media could do better to cover him, and told him to grab one of MSNBC’s reporters whenever he didn’t “like what’s covered.”