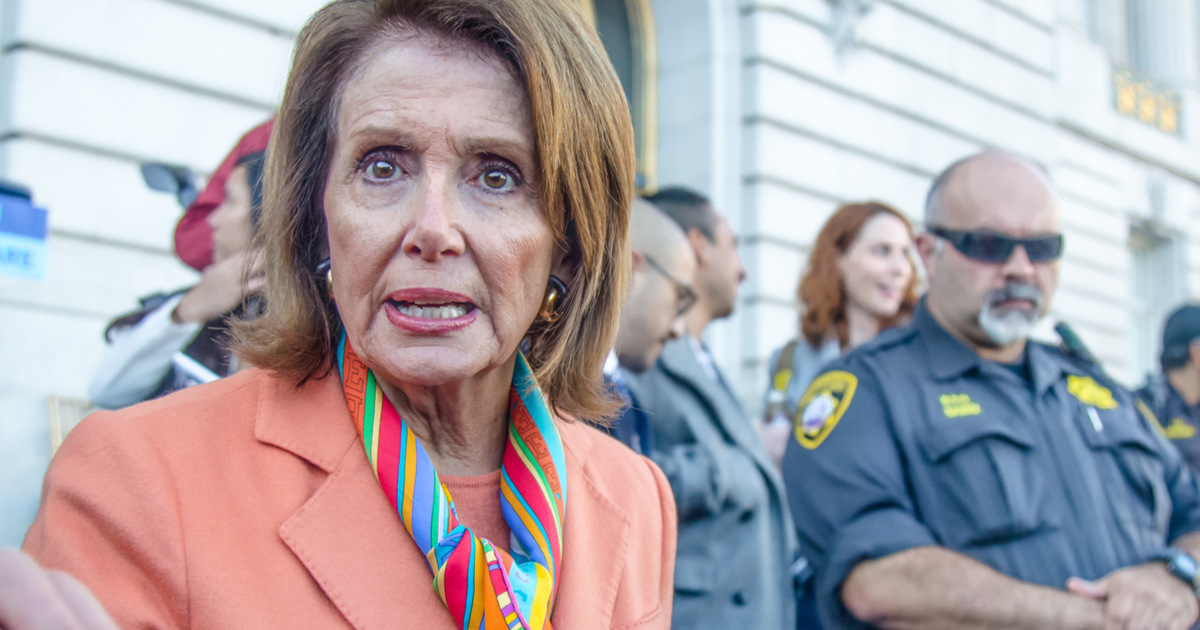 If the 2018 midterm elections had a tagline, it might be something along the lines of “America The Angry”.

Over the course of the last two years in this, the “Trump Era”, there has been a terrifying transformation taking place.  Our once peaceful nation has turned chaotic, with the left and right sides of the political aisle warring with one another in the streets.  Elected officials are finding themselves unable to take part in their everyday lives without being harassed or threatened by We The People.

In some cases, this egregious behavior has been tough to watch, especially with young, millennial democrats constantly putting their feet directly in their mouths in order to score social media points with their friends.

But it’s not just the conservatives being harassed…at least not this week.

The exchange was a particularly nasty one.

House Minority Leader Nancy Pelosi was confronted by a mob during a campaign stop in Coral Gables, Fla., on Wednesday, with protesters cursing at her and calling her a communist.

The incident was caught on camera, showing Pelosi calmly entering Florida Democratic House candidate Donna Shalala’s headquarters as she gets surrounded by the protesters. She did not engage with them.

“Look at Nancy Pelosi right here – f—ing communist. Get the f— out of here. F— you and your f–king Democrats,” the protesters shouted in both English and Spanish while carrying anti-communist signs.

With the midterm elections just days away, there is little hope that this sort of behavior will be quashed in the immediate future.