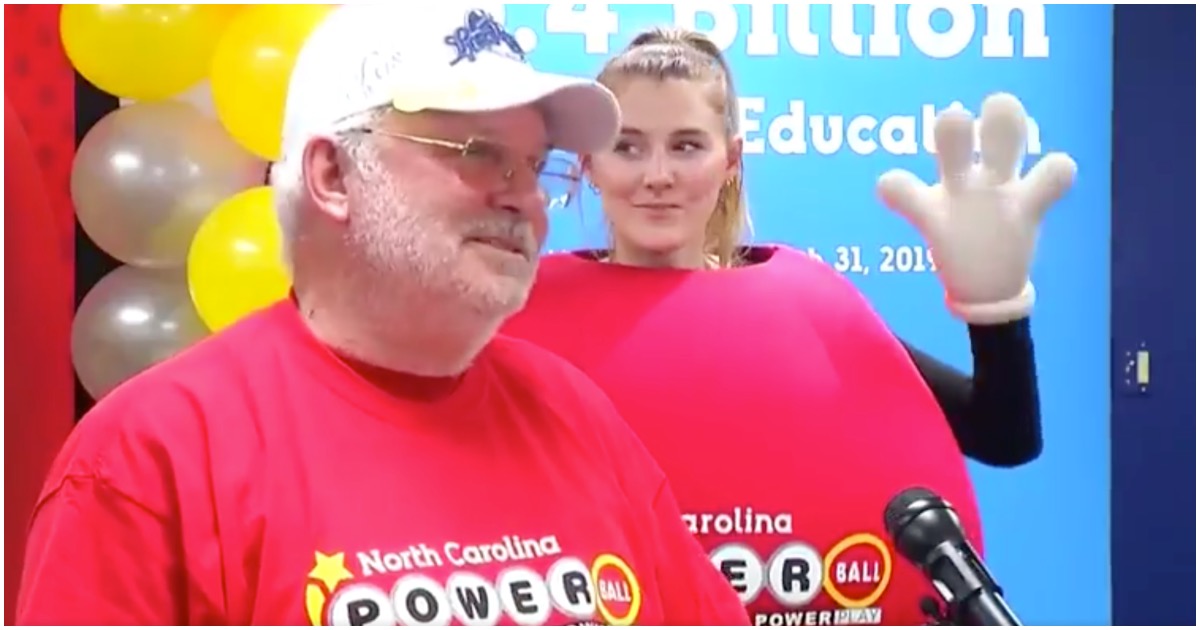 Try not to be distracted by the dancing girl in the background as this North Carolina man explains his story after learning he just won a $344 million lottery jackpot.

If nothing else, Charles W. Jackson Jr. should put a big smile on your face.

With all the craziness going on in the world, here’s a two-minute break we all need.

ICYMI: North Carolina lottery winner speaks about his $344 million jackpot, which officials say is the largest ever won in the state on a single ticket https://t.co/UprDcPl5du pic.twitter.com/4zCqzaJEmG

Already retired and now has more money than he could spend in 10 lifetimes.

Jackson, 66 and retired, had won the largest lottery jackpot in North Carolina history. He opted to take the lump-sum payout option of $223 million, which after state and federal taxes will net him $158 million.

Jackson said he would donate money to three charities — St. Jude Children’s Research Hospital, Shriners Hospital for Children and the Wounded Warrior Project — and take a trip to Vietnam, where his wife is from. Other than that, he doesn’t have any plans.

Powerball tickets are sold in 44 states, the District of Columbia, Puerto Rico and the Virgin Islands, but Jackson bought the only ticket last week that matched all six numbers: 6, 15, 34, 45, 52 and the Powerball 8. The odds of winning are about 1 in 292.2 million.

The store where Jackson purchased the ticket, Carlie C’s IGA in Hope Mills, will receive $50,000.

Let’s hear from YOU.

If you wound up taking home $158 million from the state lottery, what’s your next move?

Get a Ferrari? A yacht?

Buy an entire island, name it after yourself and declare it a liberal-free zone?

The sky is the limit.

Consider this an open thread…

Related Topics:$344 millionFeaturedjackpotlotteryNorth Carolina
Up Next

Ilhan Omar Caught In STUNNING Lie About ‘Gun Violence,’ & It’s As Ridiculous As It Gets