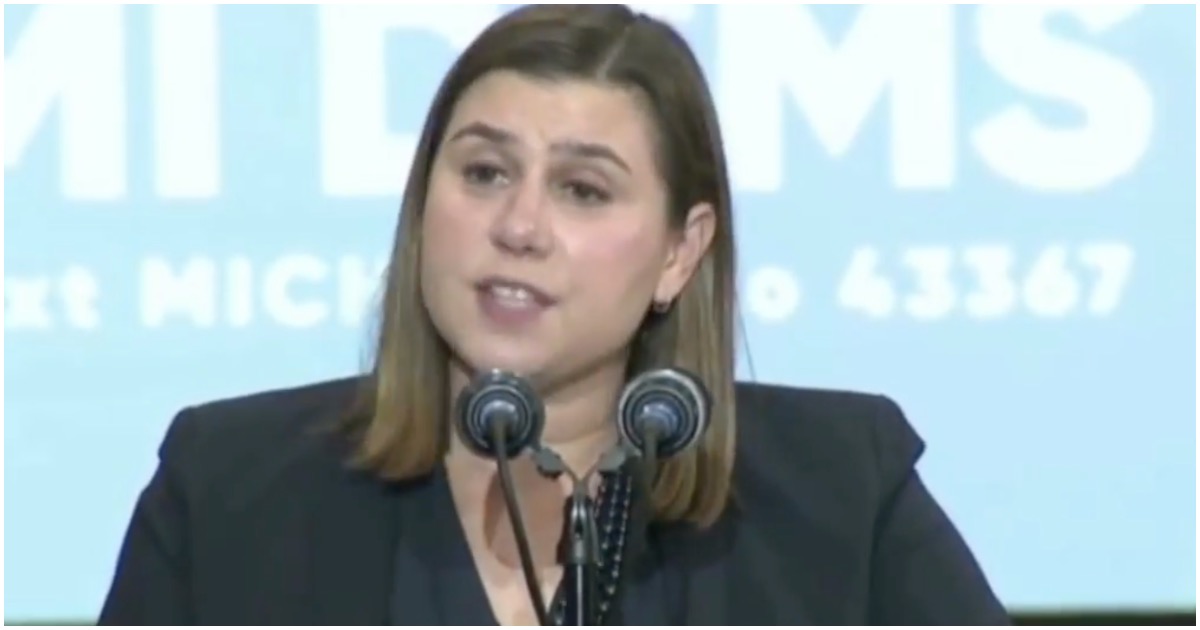 Was this an error or is Michigan Democrat Congressional candidate Elissa Slotkin being serious?

She said Barack Obama told her that party always comes before country.

Check out the video of Slotkin introducing Obama. You be the judge.

Wrapping herself in the former president, Slotkin said, “I served two presidents, Republican and Democrat, and I was there the day Barack Obama came into the White House.

“And he kept me on because he knows what we all know: that it must be party before country. Always.

“Always,” she repeated for effect.

Slotkin was later corrected by a woman in the crowd, reminding her that country comes before party.

The race in Michigan’s 8th Congressional District has gotten heated, with both U.S. Rep. Mike Bishop, R-Rochester, and his Democratic challenger, former Pentagon official Elissa Slotkin, firing off charges against the other over all kinds of questions.

For months, Bishop and his campaign have been trying to characterize Slotkin, who moved back to Michigan in 2017, as an outsider with no connection to the 8th District, which stretches from East Lansing through Ingham and Livingston counties through northern Oakland County, noting that for more than a decade she lived outside Michigan, mostly in Washington, D.C.

She did this while working for the CIA, for whom she did three tours in Iraq; at the White House, for both President George W. Bush and Barack Obama; and at the Pentagon, where she rose to acting assistant secretary of defense, leaving at the end of Obama’s term in 2017. There is no question that she did not live in Michigan during this period; there is also no question that she could not have held those defense and intelligence positions and have done so. As far as state and federal law is concerned, there is also no current question we are aware of about the legitimacy of her candidacy,since she is over 25 years of age, a citizen of the U.S. and is a resident of Michigan.

US Soldiers Visit Iceland, Cause Nationwide Shortage of…