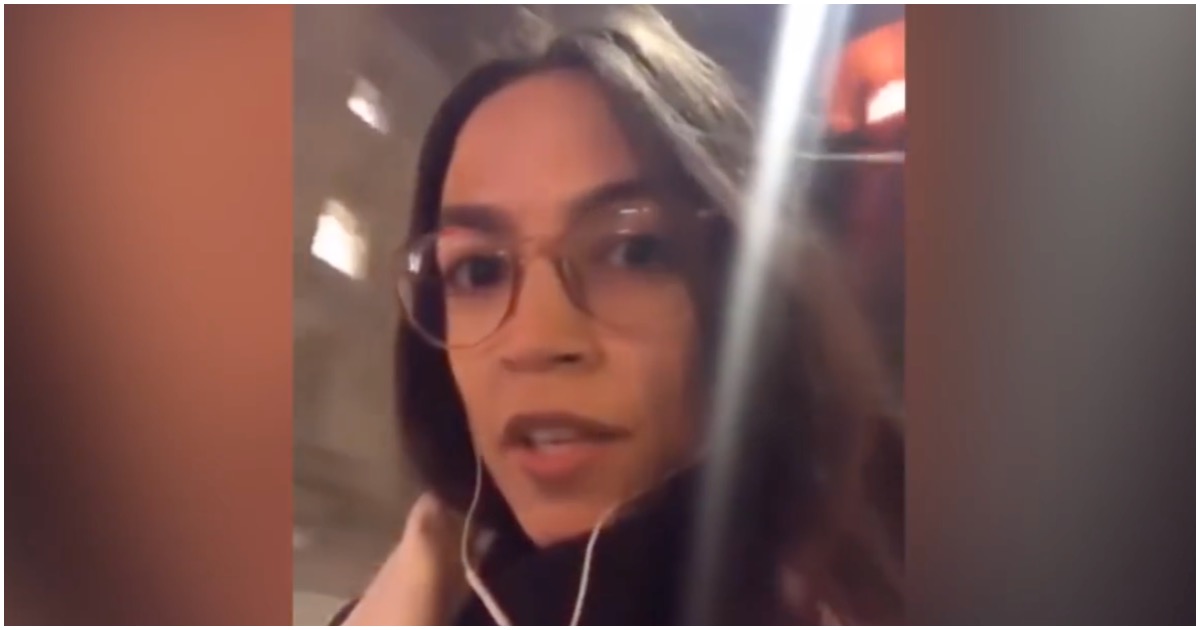 Freshman Democrat Alexandria Ocasio-Cortez (NY) earns $174,000 annually, just like every other member of Congress – aside from the leaders of the House and Senate, who make more.

The 29-year-old Alexandria has only been in office for a couple of months and she’s already complaining about working “all the time.”

AOC: “Okay guys, I’m just getting out of work, that’s my office behind me.”

AOC: “Um the thing they don’t tell you about working in Congress is that if you do what you’re supposed to do, you’re working all the time, which means you have no time to set up your life.”

Americans work, Alexandria. It’s what we do.

Speaker Nancy Pelosi (D-CA) has finally come out to tell Ocasio-Cortez that enough is enough with the “Green New Deal.”

S. Mitra Kalita has a blue checkmark on Twitter and works in the programming department for CNN.

Seeing the words “prepared” and “authentic” to describe @AOC, often with surprise that she’s made it so far. This is the superpower of women of color: to prep more than everyone else, read the room, yet stay true to yourself because the alternative ain’t worth it. Just guessing.

Seeing the words “prepared” and “authentic” to describe @AOC, often with surprise that she’s made it so far. This is the superpower of women of color: to prep more than everyone else, read the room, yet stay true to yourself because the alternative ain’t worth it. Just guessing. pic.twitter.com/uOTPAsIAzh

So we know how to perform.

So we know how to perform. https://t.co/uB4KOXyRgN

This is not about "women of colour" being prepared and authentic. This is about anyone of any colour, denomination, culture or background being prepared for a role in public life. Just do your work!

Unless you are black and work for Trump. https://t.co/42engsAva7

I think your notoriety came from your Twitter account, now you need to shine as a congresswoman, and you seem to be off to a good start, stay in your lane until you have proven yourself, just my thoughts

EXPOSED: Beto O’Rourke Wrote Bone-Chilling Story About Running Over Kids In A Car