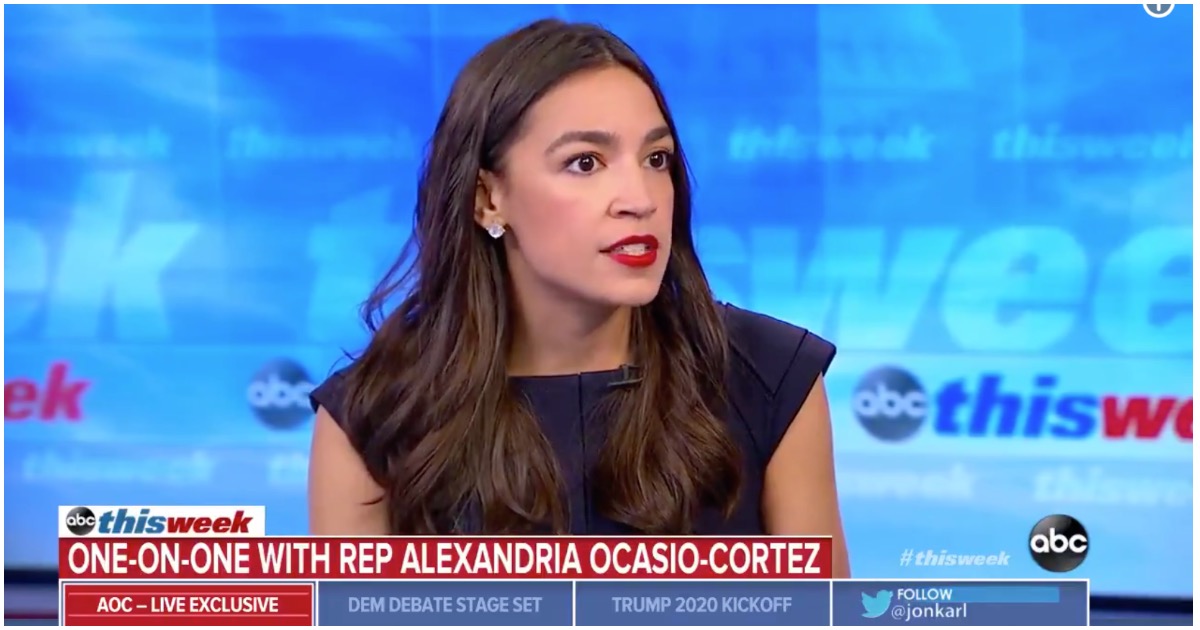 She admitted it on Sunday morning.

In her first Sunday morning show appearance since taking office in January, New York Democrat Rep. Alexandria Ocasio-Cortez warned that there is “very real risk” President Trump will win re-election in 2020, and acknowledged that progressive frustration with House Speaker Nancy Pelosi is also “quite real.”

The comments struck an unusually defensive tone for the 29-year-old progressive firebrand, as Democrats seek to winnow their large list of 23 presidential contenders. Ocasio-Cortez also spoke bluntly on her initiative to repeal the Hyde Amendment, which bars most federal funding for abortion — and 2020 Democrat frontrunner Joe Biden’s abrupt reversal on the issue earlier this month.