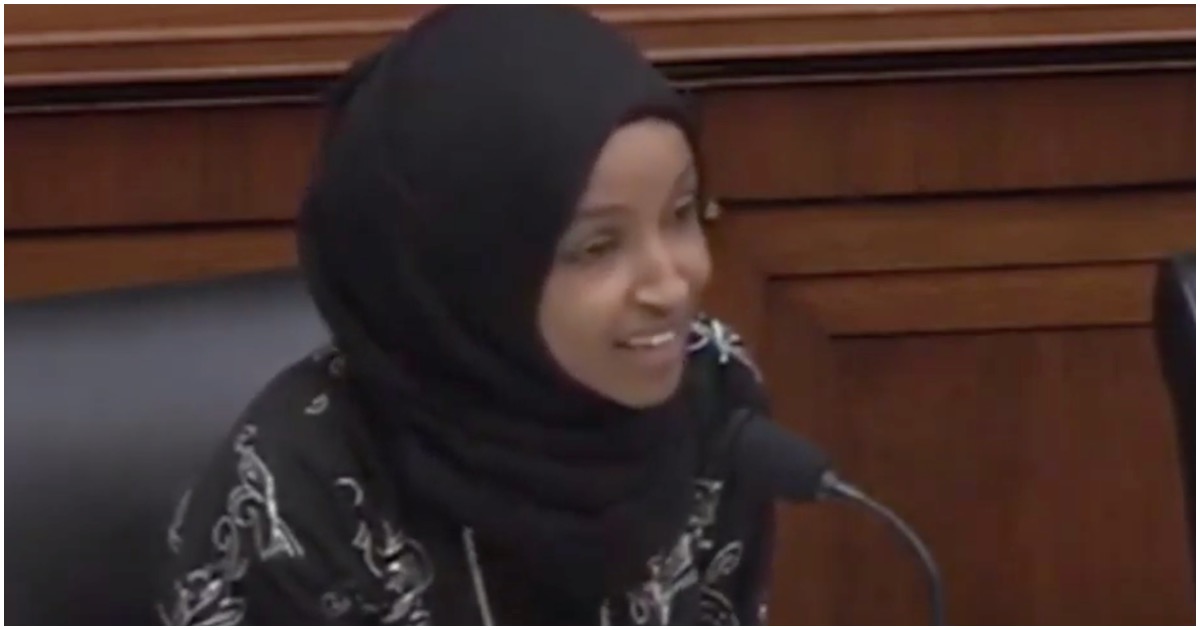 Freshman Democrat Ilhan Omar seems to be upsetting more and more people by the day.

Of course, the main reason deals with her anti-Semitism which is absolutely blatant at this point. More on that below.

Omar went after America by saying refugees at the southern border are “detained and tortured.”

Rep. Ilhan Omar (D., Minn.) claimed during a rally on Thursday that refugees who come to the United States are “detained and tortured.”

Omar told the crowd of activists, joined in their goal of defunding Immigration and Customs Enforcement, about the story of how her family risked their lives to flee Somalia into Kenya, before eventually coming to the United States. She said that because of her experience, she will “cry” every time she sees a picture of a little girl “standing in the desert waiting to get processed in the country.”

Omar: “The difference between what is happening to some of those little girls and me is that I didn’t have a cage waiting for me. I had an open-armed people with moral clarity, awaiting us and saying ‘you’ve been through a lot, here’s your new home, you’re our new neighbor, you need water and you need food.’”