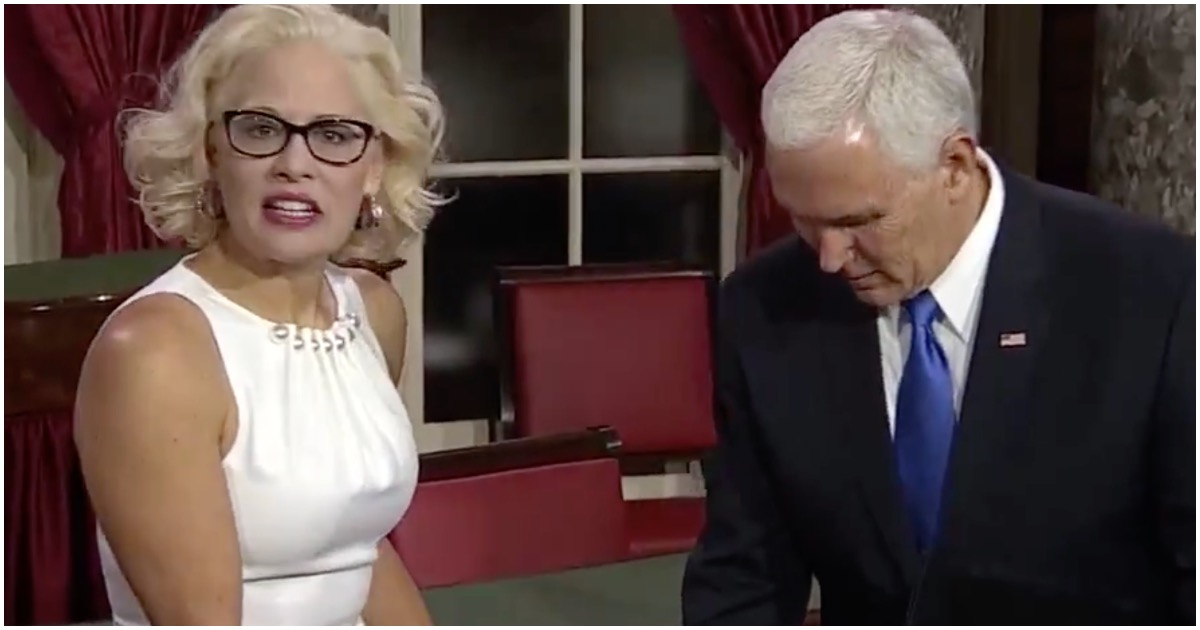 Arizona’s first female senator defeated her Republican opponent despite a noted history of disparaging her state.

Odd, to say the least.

Sinema, who is believed to be an atheist, is also the first openly bisexual member of Congress.

During her swearing-in by Vice President Mike Pence, Kyrsten did not take the oath of office on the Holy Bible as is generally the case for most lawmakers.

Sen. Kyrsten Sinema Took Her Oath of Office on a Lawbook, Not the Bible https://t.co/tDiscaertj pic.twitter.com/eXcxN1fS6w

On Thursday, U.S. Sen. Kyrsten Sinema, a Democrat, took her ceremonial oath of office using a copy of the Constitution rather than a religious book, as most members usually do.

By contrast, U.S. Sen. Martha McSally, a Republican, took her oath using a Bible recovered from the USS Arizona, which sank during the attack on Pearl Harbor in 1941.

Homophobe Mike Pence had to swear in Kyrsten Sinema, the first out bisexual Senator in history, on a law book and not a bible. He seems uncomfortable and she’s having fun with it. This is everything. pic.twitter.com/1VxBsK1l0u

68,000 votes were counted for Sinema Saturday after the election.

Trump Responds to Democrat Who Screamed ‘Impeach the ‘Motherf*****!’ [WATCH]