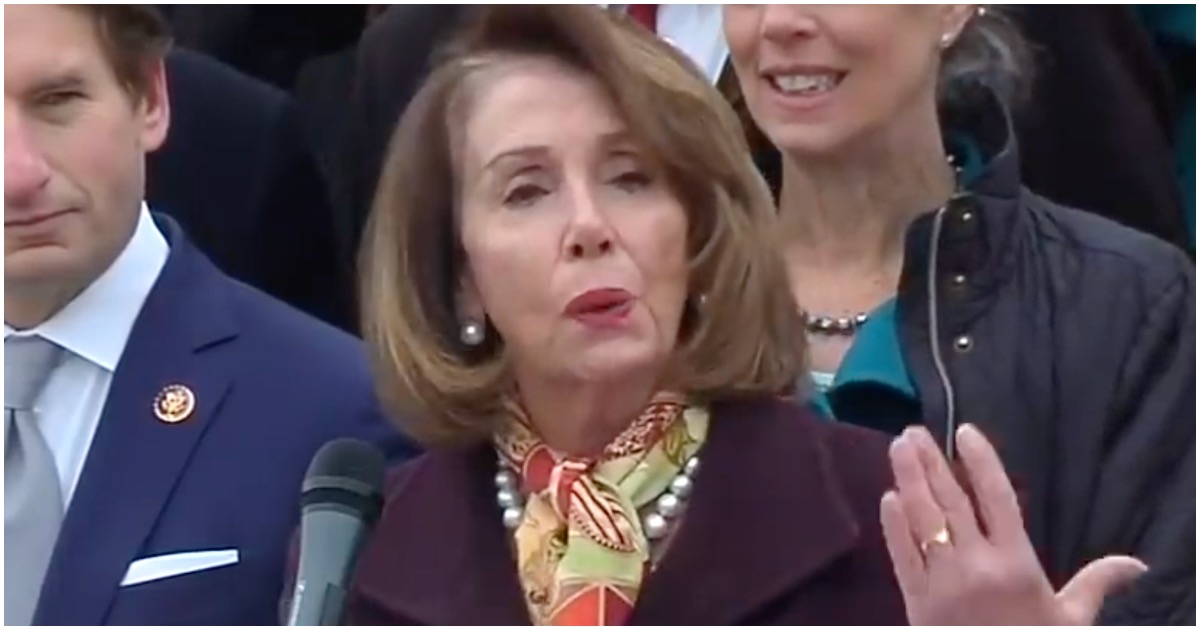 While talking to reporters after celebrating House-passed legislation that allows undocumented immigrants the right to vote, Pelosi erred.

“In this cold day on the outside, we will go inside where the political climate will be much warmer for the American people because,” she said, gulping, “of the action that we will take today.

“We’re thrilled to be here again on the steps of the Capitol,” she continued, grabbing an American flag from the podium after being promoted by the script, “waving our flags with this outstanding freshman class in a show of great unity.”

The embattled Ilhan Omar, who has made repeated anti-Semitic comments since joining Congress, was among the group Pelosi praised.

Pelosi has finally come out to tell freshman Rep. Alexandria Ocasio-Cortez that enough is enough with the “Green New Deal.”

A new report suggests the real number could nearly hit $100 trillion. That would come to, roughly, $650,000 per American household.