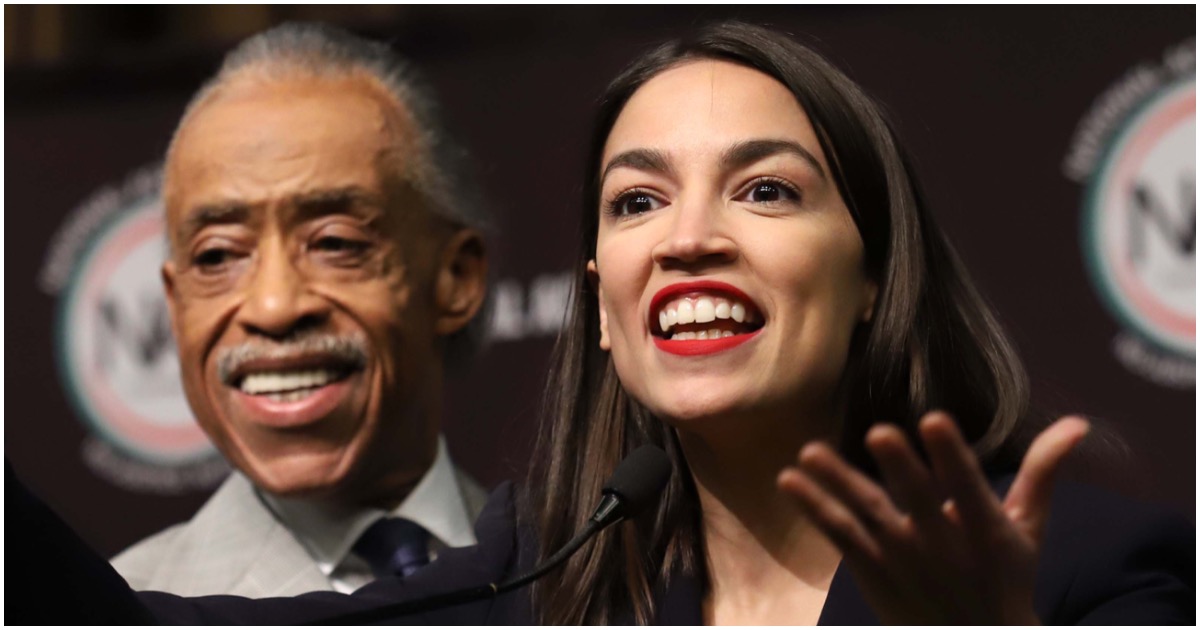 Pelosi has already rained on Alexandria’s parade when it comes to her “Green New Deal.”

She recently did it again.

AOC may have a large presence on Twitter, but Nancy couldn’t care less. Here’s why…

This is not exactly the first time a member of AOC’s own party has told her to stop. Not even close, actually.

The “Green New Deal,” if somehow passed by Congress, was thought to have cost U.S. taxpayers tens of trillions of dollars.

A new report suggests the real number could nearly hit $100 trillion. That would come to, roughly, $650,000 per American household.

She said that on live TV during a town hall event on MSNBC.

But wait. There’s a problem.

“They had to amend the Constitution of the United States to make sure Roosevelt dd not get reelected.”

"They had to amend the Constitution of the United States to make sure Roosevelt dd not get reelected."